Huawei Gives Bonuses for Coping with US Sanctions

The company allocated $285 million in bonuses after scrambling to remove U.S. components from its products. 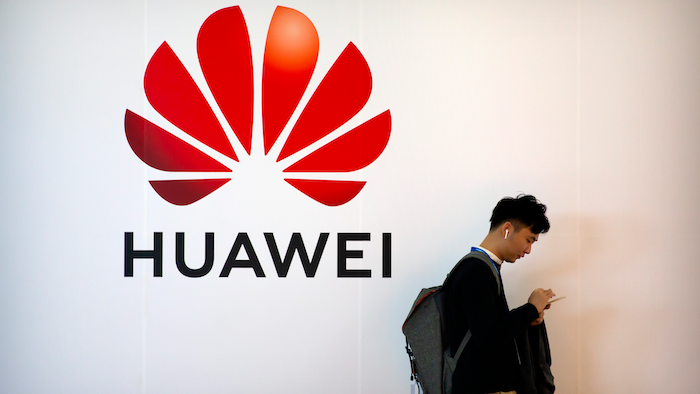 In this Oct. 31, 2019, file photo, a man uses his smartphone as he stands near a Huawei billboard at the PT Expo in Beijing.
AP Photo/Mark Schiefelbein, File

BEIJING (AP) — Huawei is paying its employees bonuses totaling more than $285 million as thanks for helping the Chinese tech giant cope with U.S. sanctions that threaten its smartphone and other businesses.

Huawei scrambled to remove U.S. components from its products following curbs announced in May on access to American technology after Washington accused the company of being a security risk. It has unveiled a smartphone operating system it says can replace Google's Android if necessary.

Some 90,000 employees will share a 2 billion yuan ($285 million) bonus, or about 22,000 yuan ($3,100) each, according to a company announcement circulated Tuesday on social media. In addition, Huawei's full 180,000-member workforce will receive an additional month's salary.

Huawei Technologies Ltd. confirmed in a written statement the document was genuine but said it had no comment.

Huawei, China's first global tech brand, is the biggest global maker of network gear for phone and internet companies and the No. 2 smartphone brand. The company denies U.S. accusations it is a security risk and might facilitate Chinese spying.

Washington has postponed enforcement of the curbs and U.S. officials say some sales will be permitted. But suppliers of processor chips and other vendors that depend on Huawei for billions of dollars in annual revenue still are waiting for licenses.

The larger bonus to 90,000 employees goes to people who work in chip production, research and development and manufacturing-related jobs. Those units have been most affected by efforts to overhaul Huawei's products.

Huawei can keep using Android in its smartphones but will lose access to Google's music, maps and other services.

Huawei said its sales rose 24.4% over a year earlier in the first nine months of 2019 to 610.8 billion yuan ($86 billion). However, chairman Liang Hua warned in July the company will "face difficulties" in the second half.

The company is a leader in next-generation network technology meant to support self-driving cars and other new applications. Its increased reach makes that more politically sensitive.