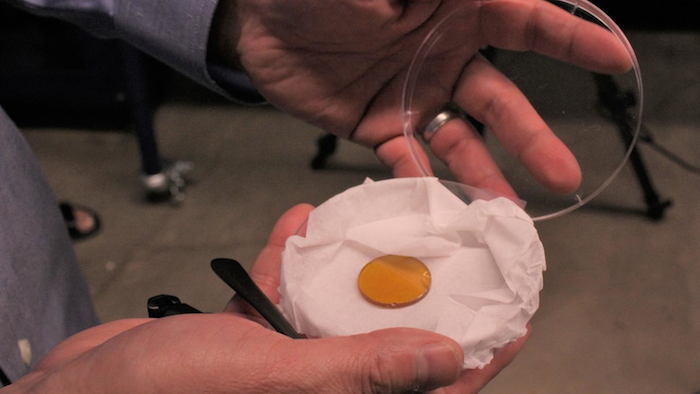 A sample of the polymer material.
Mikayla Mace

Five years ago, when University of Arizona materials scientist Jeffrey Pyun presented his first generation of orange-tinted plastic lens to optical scientist Robert Norwood, he responded, "This isn't the '60s. No one wants orange glasses, man."

In the years since, a team led by Puyn has refined the material and created the next generation of lenses. The plastic, a sulfur-based polymer forged from waste generated by refining fossil fuels, is incredibly useful for lenses, window and other devices requiring transmission of infrared light, or IR, which makes heat visible.

"IR imaging technology is already used extensively for military applications such as night vision and heat-seeking missiles," said Pyun, a professor in the Department of Chemistry and Biochemistry who leads the lab that developed the polymer. "But for consumers and the transportation sector, cost limits high-volume production of this technology."

The new lens material could make IR cameras and sensor devices more accessible to consumers, according to Norwood, a professor in the James C. Wyant College of Optical Sciences. Potential consumer applications include economical autonomous vehicles and in-home thermal imaging for security or fire protection. 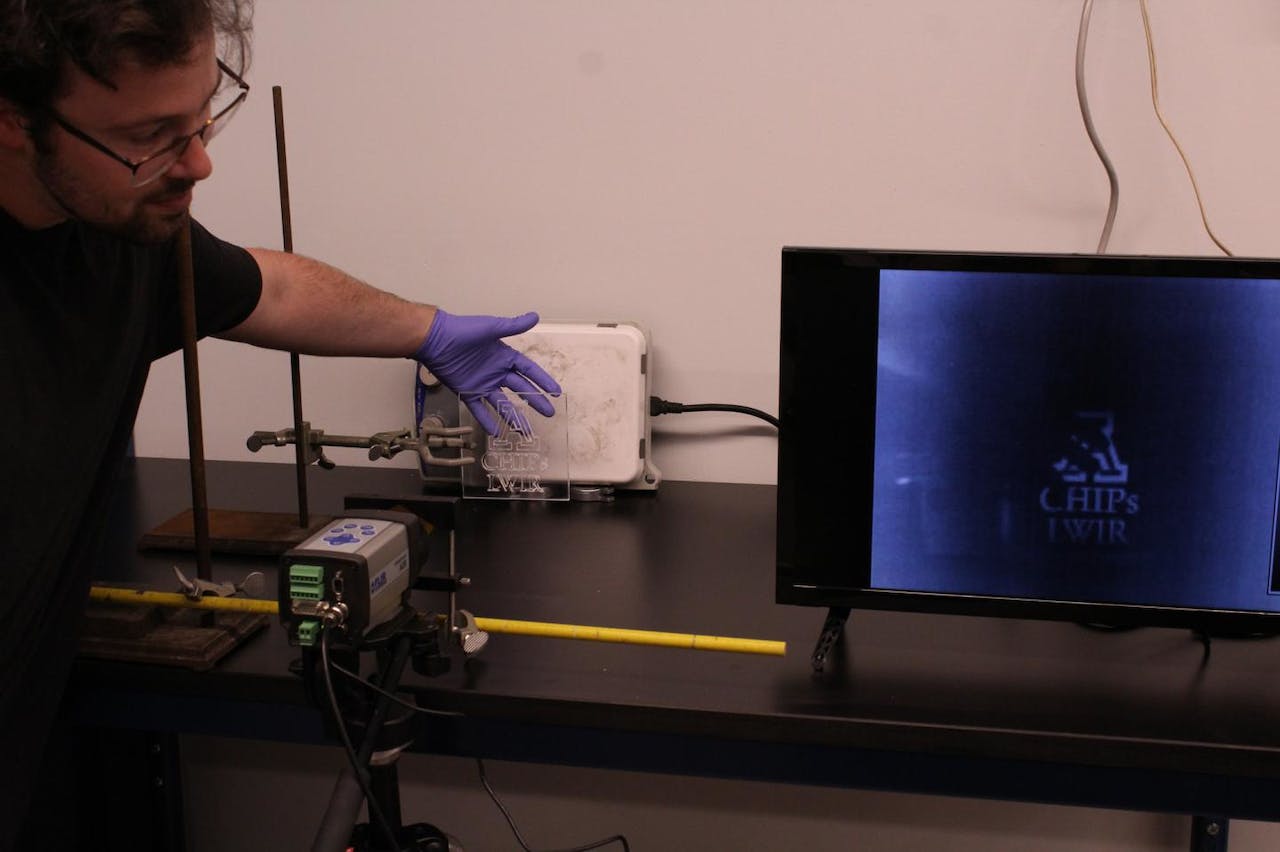 The new polymers are stronger and more temperature resistant than the first-generation sulfur plastic developed in 2014 that was transparent to mid-IR wavelengths. The new lenses are transparent to a wider spectral window, extending into the long-wave IR, and are far less expensive than the current industry standard of metal-based lenses made of germanium, an expensive, heavy, rare and toxic material.

Because of germanium's many drawbacks, Tristan Kleine, a graduate student in Puyn's lab and first author on the paper, identified a sulfur-based plastic as an attractive alternative. However, the ability to make IR-transparent plastics is a tricky business.

The components that give rise to useful optical properties, such as sulfur-sulfur bonds, also compromise the strength and temperature resistance of the material. Moreover, the inclusion of additional organic molecules to give the material strength resulted in reduced transparency, since nearly all organic molecules absorb IR light, Kleine said.

To overcome the challenge, Kleine - in collaboration with chemistry graduate student Meghan Talbot and chemistry and biochemistry professor Dennis Lichtenberger - used computational simulations to design organic molecules that were not IR-absorbing and predicted transparency of candidate materials.

"It could have taken years to test these materials in the laboratory, but we were able to greatly accelerate new materials design using this method," Kleine said.

Germanium requires temperatures greater than 1,700 degrees Fahrenheit to melt and shape, but because of its chemical makeup, the sulfur polymer lenses can be shaped at a much lower temperature.

"A major advantage of these new sulfur-based plastics is the ability to readily process these materials at much lower temperatures than germanium into useful optical elements for cameras or sensors, while still maintaining good thermomechanical properties to prevent cracking or scratches," Pyun said. "This new material has just checked so many boxes we couldn't before."

"Its reliability is essentially equivalent to optical polymers that are routinely used for eyeglasses," Norwood added.

The team is partnering with Tech Launch Arizona to translate the research into a viable technology.

"Humans light up like a Christmas tree in IR," Pyun said. "So, as we think about the Internet of Things and human-machine interfaces, the use of IR sensors is going to be a really important way to detect human behavior and activity."