US Planning to Allow Some Sales to Huawei 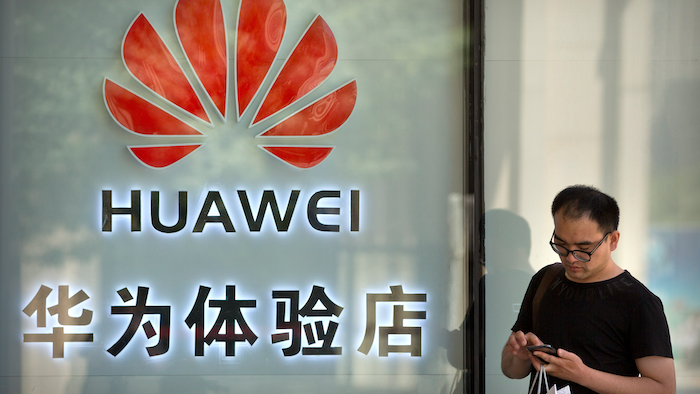 In this May 29, 2019, file photo, a man uses his smartphone outside of a shop selling Huawei products at a shopping mall in Beijing.
AP Photo/Mark Schiefelbein, File

NEW YORK (AP) — The Trump administration plans to issue licenses to U.S. companies to supply "nonsensitive goods" to Chinese tech giant Huawei, The New York Times reported, in a move that might help to cool tensions ahead of trade talks.

President Donald Trump gave approval last week to begin issuing licenses, the Times said Wednesday. It cited unidentified people familiar with the matter and gave no indication what technologies might be covered.

Sanctions announced in May require U.S. vendors to obtain government permission for sales of processor chips and other technology to Huawei Technologies Ltd., one of the biggest makers of smartphones and network switching equipment.

Huawei, China's first global technology brand, has said loss of access to American components and support for technology such as Google music, maps and other services threaten its smartphone sales. American suppliers of processor chips and other technology say they stand to lose billions of dollars in revenue.

The report comes as U.S. and Chinese negotiators were due to meet Thursday in Washington for a 13th round of talks aimed at ending a tariff war over Beijing's trade surplus and technology ambitions.

The White House has postponed enforcement of the sanctions, but Huawei's founder has said he expects them to go ahead. U.S. officials have said Washington would allow sales to Huawei of technology that is available from other sources.