The department will test technology that allows city-provided phones to access some 35,000 surveillance cameras. 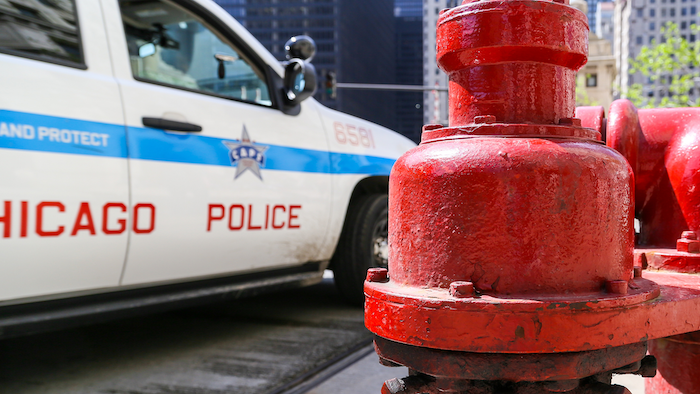 CHICAGO (AP) — Chicago police officers may soon be able to access the city's approximately 35,000 surveillance cameras through phones provided by the city.

Jonathan Lewin of the Chicago Police Department's Bureau of Technological Services says the officers will be testing technology that also will allow them to control the cameras' zooming and panning capabilities. Officers on the city's West Side will begin tests next month.

Lewin says accessing the cameras is currently not an option for officers who rely on standard laptop computers mounted to squad car dashboards. Those laptops will be removed and replaced with a phone dock that will serve as a charger and sync information from the phone with a dash-mounted screen that's attached to a keypad.

Lewin says the phones will be capable of everything the old laptop computers did, such as displaying dispatch assignments and allowing officers to run name and vehicle checks.