This will enable them to become the software engineers and tech innovators of the future. 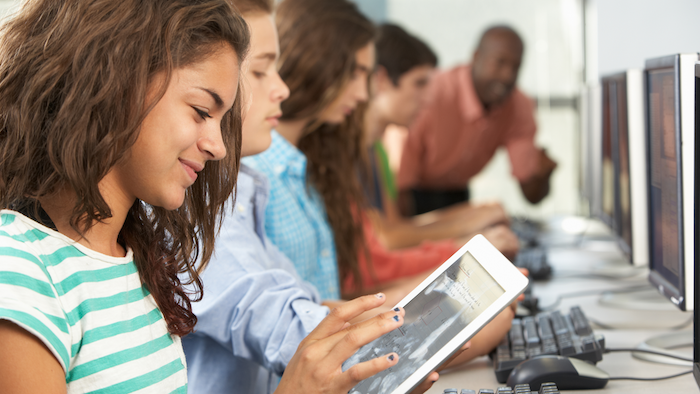 But newly released data from the College Board suggests that things are beginning to change, especially for girls and students from groups that are underrepresented in computer science.

Specifically, the figures show the number of black high school students who have taken Advanced Placement Computer Science Principles – a class that involves both computer programming and the social impact of technology – rose 121% since the course launched in 2016, from 2,981 to 6,589. The number of black students who scored a 3 or higher on the AP exam for this course increased 118% since 2017, from 1,269 to 2,766 in 2019, according to a College Board representative.

A score of 3 or better often enables exam takers to get college credit and bypass introductory computer science courses in college.

Finally, in the three years since the launch of AP Computer Science Principles, the number of female students who have taken the course has increased 136%, from 13,328 to 31,458, the College Board has reported.

What do these figures mean? As a professor who studies ways to get more students interested in computer science – and as someone who helped develop and teach an early version of the AP Computer Science Principles course, as well as the exam – I believe these numbers will ultimately result in more students from diverse backgrounds being better positioned to major or minor in computer science. This in turn will help diversify the tech industry.

Why Diversity in Tech Matters

Diversity in the tech field is important because computing technologies are pervasive in our daily lives – from the GPS we use to get around, to apps we use to bank, make hotel or flight reservations and check the weather. But if the people who design the technology don’t include women, minorities, people with disabilities, or other individuals from diverse backgrounds, it could lead to technology that works for some or maybe even most but not all.

For instance, it recently came to light that the body scanners used by the Transportation Security Administration frequently set off false alarms for Afros, braids and other hairstyles worn by black women. This in turn subjects black women to more frequent and invasive screenings at the airport.

Problems like this are why it is important for software development teams to be as diverse and inclusive as possible to ensure technologies address the needs of all. As more students see people who look like them taking computer science courses in high school, more students will take notice and follow in their footsteps. Ultimately, this will enable them to become the software engineers and tech innovators of the future.

This article is republished from The Conversation under a Creative Commons license. Read the original article here: http://theconversation.com/boost-in-high-school-students-taking-advanced-computer-science-could-change-the-face-of-tech-121389.