The overtures from Newark, Chicago and suburban Maryland came even though Amazon said it doesn't plan to pick a new city to replace New York. 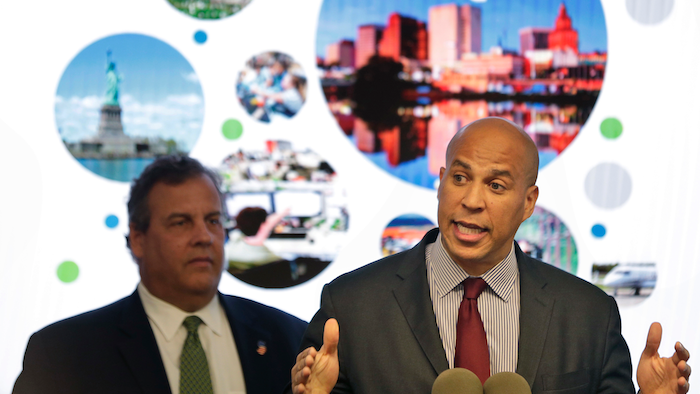 Amazon's breakup with New York was still fresh when other cities started sending their own valentines to the online giant.

Officials in Newark, New Jersey, one of the 18 finalists that Amazon rejected in November when it announced plans to put its new headquarters in New York and northern Virginia, sent a giant heart that read, "NJ & Newark Still Love U, Amazon!"

Representatives of other jilted suitors, such as Chicago and suburban Maryland, tried to get Amazon's attention and say they're still interested in a relationship, too.

The love notes came even though Amazon said it doesn't plan to pick a new city to replace New York, where the HQ2 project was supposed to produce 25,000 jobs. Instead, the company said it will spread some of those jobs around at other Amazon sites in the U.S. and Canada and expand its existing New York offices.

But why woo a company that says it's not interested?

For one, the allure of potential jobs is just too much to pass up for many politicians, said Nathan Jensen, a University of Texas government professor who has criticized how economic development incentives are used.

And even if Amazon spurns them, this is a low-risk way for politicians to show they are looking out for their constituents.

"The 'losing' cities can continue to publicly talk about everything they are doing for HQ2 even if they know they don't have a shot. If they know HQ2 isn't coming, there is no real cost to doing this," Jensen said.

More than 230 municipalities in North America competed for HQ2, taking part in a months-long bidding war that Amazon eagerly fomented. Cities offered billions in inducements. In New Jersey, state and local governments put $7 billion in incentives on the table as part of the Newark bid.

New York ultimately won the competition by promising nearly $3 billion in tax breaks and grants in addition to access to the nation's media and financial capital and its educated workforce. But on Valentine's Day, Amazon abruptly canceled the project after running into fierce opposition to those incentives from lawmakers and political activists on the left.

That shows that the company cared little about getting community input, said Richard Florida, an economic development expert.

"After searching across 200 plus communities and identifying NY (and greater DC) as the places it needed to be, it pulls out as soon as local residents and politicians question the billions in incentives it does not need and asks it do more for the community," Florida said in an email.

Florida and Jensen predicted some cities will now begin to push back when companies seek tax subsidies. But Greg LeRoy, executive director of the nonpartisan think tank Good Jobs First, said there is little likelihood that will happen any time soon.

"Look, this is deeply learned behavior," LeRoy said. "There's an 80-plus-year history to this tax-break-industrial complex."

In the meantime, the mayor of Warren, Michigan, posted online about his town being available. Upstate New York cities, like Rochester, made it clear they, too, are open for business.

"Nassau County welcomes your investment and would like to discuss siting your project here," state Sen. Todd Kaminsky, a Long Island Democrat, told the company.