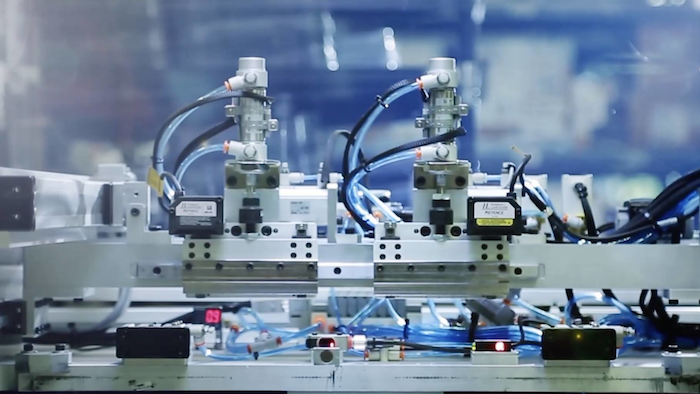 A San Francisco startup that hopes to make manufacturing as simple to deploy as software raised a reported $179 million in its initial fundraising bid.

Amar Hanspal, the CEO of Bright Machines, wrote on the company’s website this week that advanced computing and robotics — “intelligent software and flexible hardware” — could deploy otherwise complex, expensive physical manufacturing capabilities around the world “at the push of a button.”

“Our goal is to make factories smarter, and in the process, transform today’s most critical industry,” Hanspal wrote.

Hanspal noted that conventional manufacturing requires massive investments in time and cost, both in machines and human labor. Although increased automation could largely eliminate manual labor on the assembly floor, he suggested that development would enable manufacturers to avoid shifting their operations overseas in search of lower labor costs.

Bright Machines’ capabilities, the company added, could also curb the time between engineering and manufacturing and improve quality through advanced analytics.

Reuters reported that in addition to its software offerings, Bright Machines customers in six countries are deploying robots for electronics assembly and inspection.

Hanspal told the publication that the company wants to be able to turn design files into machine-built components in a single step.