The Turkish businessman is allegedly connected to a scheme run by a gas station owner and two Utah polygamists. 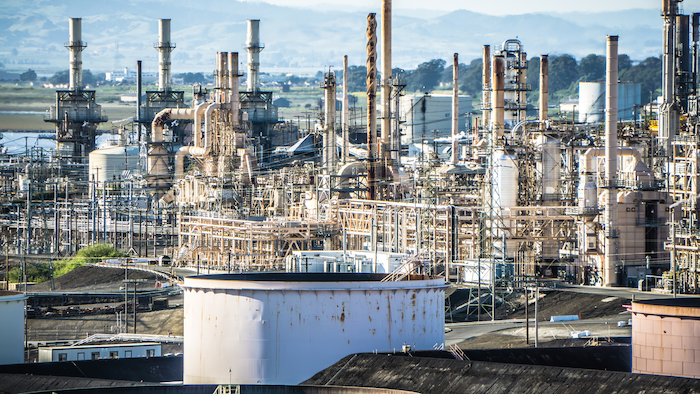 SALT LAKE CITY (AP) — A Turkish businessman has been arrested by the U.S. Justice Department in connection with what authorities say was a biodiesel fraud scheme operated by a Utah business that stole nearly $500 million in government funds.

Sezgin Baran Korkmaz was arrested in Austria on Saturday on suspicion of laundering over $133 million through bank accounts that authorities contend he controlled in Turkey and Luxembourg, federal prosecutors said in a statement Monday.

Prosecutors said Korkmaz was connected to a biodiesel fraud scheme run by Utah polygamists Jacob and Isaiah Kingston and gas station owner Lev Dermen to defraud the the U.S. Treasury by filing false claims for over $1 billion in refundable renewable fuel tax credits. They are accused of using the money to buy luxury sports cars and million-dollar homes, prosecutors said.

Prosecutors said Korkmaz and his co-conspirators used the money to buy the Turkish airline Borajet, hotels in Turkey and Switzerland, a yacht, a villa and an Istanbul apartment.

Murat Volkan Dulger, one of Korkmaz’ attorneys, tweeted on Monday that his client will appear in two weeks before a judge where he was detained in Wels, Austria. Korkmaz' other lawyer, Mehmet Demir, told Turkish media on Sunday that his client was arrested in Austria on the request of U.S. officials.

The U.S. will seek to extradite Korkmaz so he can appear before a judge in Utah, prosecutors said.

Korkmaz is accused of trying to defraud the Kingston brothers by claiming he could protect them from a federal grand jury investigation and civil lawsuits through unnamed government officials.

Korkmaz’ arrest followed a federal grand jury indictment in Salt Lake City on April 28. He’s charged with one count of conspiring to commit money laundering, 10 counts of wire fraud, and one count of obstruction of an official proceeding. Money laundering and wire fraud charges carry a maximum of 20 years in prison each, with obstruction bringing another possible five years.

Dermen, the gas station owner, was found guilty by a jury on 10 counts, including money laundering and mail fraud in March 2020. Dermen had pleaded not guilty and is appealing that ruling.

His attorney argued during the trial in Salt Lake City that Dermen was being used by the Kingston brothers because they didn’t want to share the proceeds with their northern polygamous community and said Dermen is a reputable businessman who has owned gas stations and a trucking company for 25 years.

The Kingstons and two other family members accepted plea deals last year on money fraud and other charges. Jacob Kingston testified against Dermen at the trial.