FirstEnergy is under scrutiny for its role in a $60 million bribery and corruption scheme. 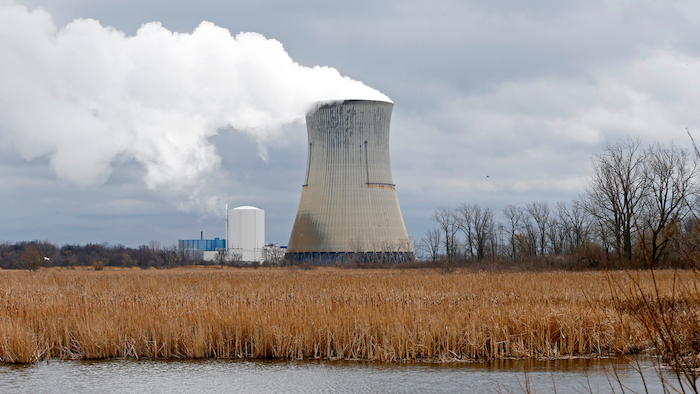 COLUMBUS, Ohio (AP) — An Ohio electric company under scrutiny for its role in what federal authorities say was a $60 million bribery and corruption scheme said it will refund $26 million to customers that it collected through a tainted nuclear bailout bill, which was repealed by the governor Wednesday.

The millions in question were paid by customers of Akron-based FirstEnergy Corp.'s three Ohio electric utility companies as part of a revenue guarantee that they steadily receive the same amount of annual revenue they collected in 2018, a year of extreme weather and high electric use.

The announcement came the same day Republican Gov. Mike DeWine signed a bill repealing the nuclear bailout and other provisions of the earlier bill. The repeal legislation gets rid of electricity bill surcharges that were created in 2019 to pay for the bailout for the Davis-Besse nuclear power plant near Oak Harbor and the Perry plant east of Cleveland.

The company said in a release that it is “committed to engaging in a holistic and transparent manner” as part of a months-long review undertaken after the arrests in July of then-Ohio House Speaker Larry Householder, a Republican, and four others alleged to have been involved in the bribery scheme.

Federal prosecutors claim “Team Householder” used money secretly funneled from FirstEnergy to win passage of House Bill 6, which provided $1 billion to rescue two nuclear plants operated by a then-FirstEnergy subsidiary, and to engage in a dirty tricks campaign to stop a proposed referendum aimed at repealing the bill. Householder has pleaded not guilty and remains a state representative.

The Office of Ohio Consumers’ Counsel, which represents the interests of residential electricity customers, had asked the Public Utilities Commission of Ohio to order FirstEnergy to “remedy what would be a miscarriage or perversion of justice” if the company would be allowed to keep the revenue guarantee money.

“Ohio should not allow FirstEnergy to walk away from House Bill 6 with even a penny of consumers’ money,” Consumers' Counsel Bruce Weston said in a statement. "It is good to see FirstEnergy’s announcement today that it will refund these House Bill 6 charges to consumers, even if it took legislation and the potential for PUCO action to help FirstEnergy see the light.”

Then-CEO Chuck Jones told investors after the passage of the energy bill in July 2019 that the rate guarantee made a portion of the company “recession proof.” Jones is among top executives who were fired after last summer's arrests.

The guarantee, called decoupling, is one of the less-discussed provisions in the energy bill.