The proposals are far from finalized and big issues remain unsettled. 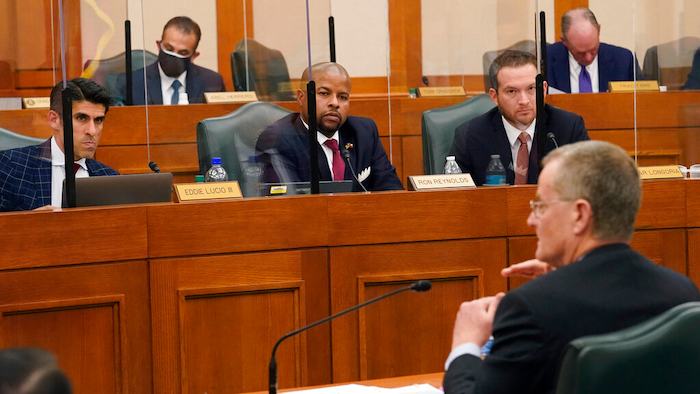 Six weeks after more than 100 people died in subfreezing weather in Texas, including many of hypothermia, both the GOP-controlled House and Senate have now passed sweeping reforms that lawmakers say would prevent a repeat of the widespread blackouts that spiraled into one of the worst power outages in U.S. history.

But the proposals are far from finalized and big issues remain unsettled, including who will pick up the cost of weatherizing Texas' hundreds of power generators, which Abbott is demanding after plants failed in the cold weather and more than 4 million customers lost electricity.

Many families went without water and heat for days with no indication of when the power might be restored. One bill that easily cleared the Texas House on Tuesday is designed to force power companies to better communicate the extent of the outages in the middle of a blackout.

“They couldn't even tell Texans that they were in danger,” said Democratic state Rep. Eddie Lucio III, whose district runs along the U.S.-Mexico border. "There was an expectation in your district and in mine that the power was going to come back on at any minute, that we were all going to share in the burden. But what we experienced was it wasn't that easy to turn the lights back on."

Managers of the state's embattled power grid, the Electric Reliability Council of Texas, have said the outages were necessary to avert an even more catastrophic blackout that could have lasted weeks. The state's top energy regulators resigned in wake of the outages and outgoing ERCOT CEO Bill Magness was fired.

Several ERCOT board members did not live in Texas — fueling outrage during the blackouts — which lawmakers say they will no longer allow under bill that would also give state leaders the power to appoint new members. Another bill would ban cities from prohibiting natural gas hookups in new construction, an effort that began in Texas before the blackouts and was introduced as California has enacted restrictions on natural gas.

ERCOT has said failures in natural gas, coal and nuclear energy systems were responsible for nearly twice as many outages as frozen wind turbines and solar panels.

Last week, Texas officials nearly doubled the death toll of the winter storm and outages to at least 111 people. The majority of the Texas deaths are associated with hypothermia, according to the Texas Department of State Health Services.