The plan could double the number of outages for some counties over the next decade. 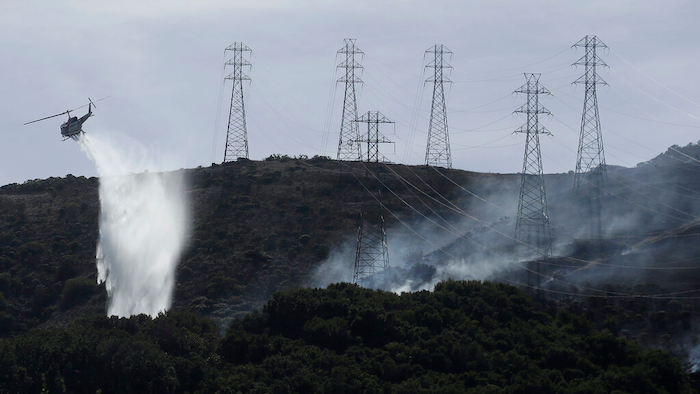 SAN RAMON, Calif. (AP) — A federal judge overseeing Pacific Gas & Electric's criminal probation said Tuesday that he is considering requiring the utility to be more aggressive about turning off its electricity lines near tall trees, a plan that could double the number of power outages for some Northern California counties over the next decade.

The proposal outlined during a two-hour court hearing is the latest effort to prevent the utility's equipment from sparking more deadly wildfires by reducing the likelihood that trees could fall into the utility’s long-neglected electrical equipment. U.S. District Judge William Alsup is overseeing PG&E’s safety precautions as part of the utility’s criminal probation after its natural gas lines blew up a suburban neighborhood south of San Francisco in 2010.

Alsup indicated Tuesday that he is leaning toward imposing the tougher conditions.

“My view is quite clear: We should save lives,” Alsup said. “We don’t have the luxury to wait around. I am not open to the idea that we would kick the can down the road and study the problem to death.”

The California Public Utilities Commission, which regulates PG&E, is opposing the additional power shut-offs, which it contends would impose undue hardship on about 900,000 people who live in the mostly rural counties of Trinity, Placer, Shasta, Tehama, Madera and Mendocino.

The federal court hearing, held online, came a day after California investigators released a report concluding that a Shasta County wildfire that killed four people and destroyed more than 200 buildings last September was sparked by a tree that fell into a PG&E power line. Alsup blasted PG&E during Tuesday's hearing for not cutting down the tree that started that fire after its removal had been recommended in 2018 and described the utility as “grossly negligent."

PG&E's potential liability for that September fire came a few months after it emerged from a 17-month stint in bankruptcy triggered by its responsibility for a series of wildfires in 2017 and 2018 that killed more than 100 people and destroyed more than 27,000 buildings.

To reduce wildfire risks, PG&E in 2018 adopted a program of pre-emptively cutting power in areas where fire danger is high, typically in dry and windy conditions that occur during the late summer and early autumn through parts of a sprawling service territory that provides power to 16 million people — larger than the population of all but a handful of states.

Under the stricter safety measures Alsup is weighing, PG&E projected the utility would have to proactively turn off the power 45 different times during the next decade, a 67% increase from the 27 deliberate outages predicted in that time under current standards. The number of outages would triple in Trinity County while doubling in Placer, Shasta, Tehama, Madera and Mendocino. The outages would nearly double in three other sparsely populated counties: Butte, Nevada and El Dorado.

PG&E attorney Kevin Orsini assured Alsup the utility shares the judge’s goal of reducing wildfire risks posed by its power lines as the company pours billions of dollars into upgrading its equipment. He said the plan is workable.

But PUC attorney Christine Hammond urged the judge to take more time to vet the new conditions while also weighing the challenges facing households and businesses that may be forced to go without power during outages that could last for days.

Hammond said the the consequences of past pre-emptive outages have been “very disquieting," noting that PG&E hasn't given adequate warning to hundreds of affected medical facilities that need electricity to care for their patients.

Alsup blamed state regulators for years of lax oversight that helped create the current dilemma by allowing PG&E to skimp on improvements to its fraying power grid and tree trimming over years.

“It’s a Hobson’s choice, it’s a terrible choice that California is faced with," Alsup lamented. “There is no really good answer to it. It’s just, which is the lesser of two tremendous evils."

The judge asked PG&E to submit more information about how the tougher conditions would affect the frequency of blackouts before he makes a ruling that he said will come ahead of the start of this summer's wildfire season.