Between 6,000 and 8,000 cubic meters of waste are pulled out of the waterway each year. 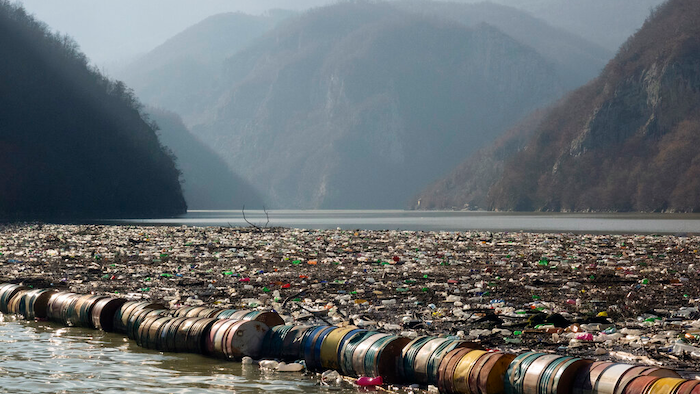 VISEGRAD, Bosnia-Herzegovina (AP) — Huge islands of garbage floating on some rivers in the Balkans are causing an environmental emergency and threatening a regional hydropower plant.

Plastic bottles, rusty barrels and other waste could be seen clogging the Drina River near the eastern Bosnian town of Visegrad on Tuesday. Upstream, the Drina's tributaries in Montenegro, Serbia and Bosnia carried even more debris after swollen waterways spilled over into landfills.

The Balkan nations have poor waste management programs, and tons of garbage routinely end up in rivers, including the occasional washing machine or computer screen. A broken barrier this week caused a massive buildup of garbage on the Drina that has threatened Bosnia's Visegrad dam. 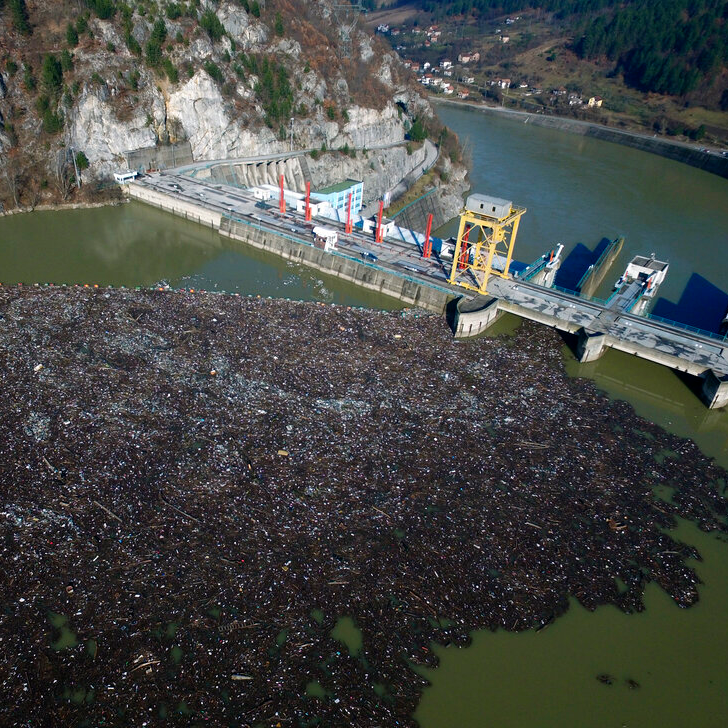 Officials say that between 6,000 and 8,000 cubic meters of waste are pulled out of the river each year near Visegrad. Although the problem is not new, Serbia, Bosnia and Montenegro have done little to address the problem even as they seek to join the European Union.

An environmental activist from the Eco Center group, Dejan Furtula, said the garbage in the Drina also is a hazard for the the local community because waste removed from the river is dumped on a local landfill, which is often on fire and produces toxic liquid that flows back into the Drina.

“We are all in danger here, the entire ecosystem,” he said.

Following a devastating war in the 1990s, the Balkans is still lagging far behind the rest of Europe both economically and with regard to environmental protection. Dangerous levels of air pollution are another huge problem in most of the region's cities.

At the Visegrad dam, efforts began Tuesday to clear away the clogging garbage and to avoid potential damage to the power system. In southwest Serbia, the Lim River has created a similar problem at the Potpecko accumulation lake. 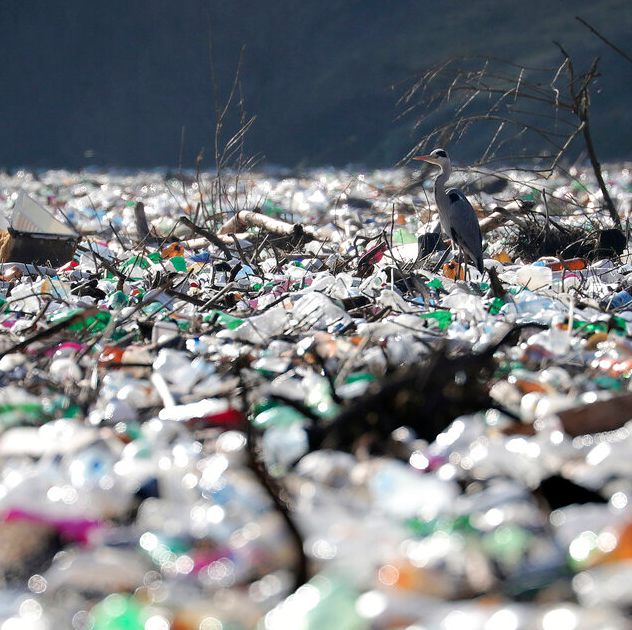 A grey heron stands between dumped plastic bottles and barrels on the bank of Potpecko Lake on the Lim River near Priboj, Serbia, Jan. 5, 2021.AP Photo/Dragan Karadarevic

Images of layers of garbage covering both the artificial lake and the Drina have sparked outrage.

“Horrific and shameful,” read a headline in Serbia's Blic daily newspaper this week, describing the Potpecko lake as a “floating landfill.”

Both the Drina and the Lim rivers are known for their emerald color and the breathtaking scenery along their banks. Running along the border between Bosnia and Serbia, the Drina is highly popular with river rafters in the region.