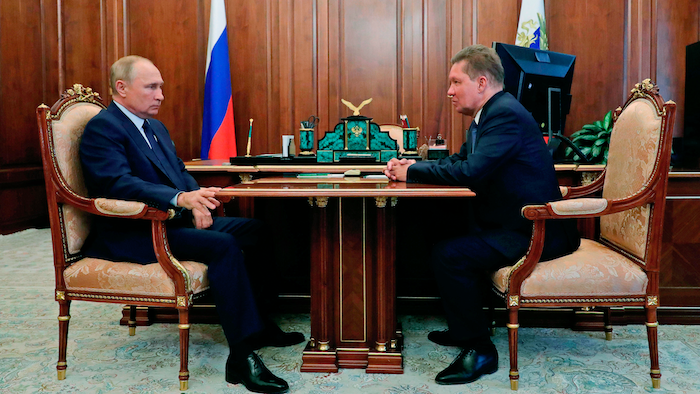 Gazprom said it will appeal the decision by Poland's Office of Competition and Consumer Protection. The regulator on Wednesday also fined five other international companies participating in the project a total of $61 million (52 million euros).

The Polish authorities said the companies failed to obtain the required permission to jointly build and finance the pipeline, saying that violated antitrust laws. The decision obliges the six companies to cancel their contracts for financing the project.

“Carrying out the project is tantamount to breaking the rules of law and of fair competition that will lead to an increased dependence of gas recipients on the internal market on one supplier - Gazprom,” the antitrust office said.

It added the situation may lead to “serious consequences for Poland's and the EU's economy," by limiting the range of supplies and increase gas prices for consumers, the office said.

Poland is strongly opposed to the pipeline, seeing it as a politically-motivated project. The pipeline is in its final stages of construction and is due to transport Russian natural gas across the Baltic Sea bed to Germany and western Europe, bypassing traditional transit routes through Ukraine and Poland.

Warsaw is also seeking to diversify its energy sources, buying liquefied natural gas from the United States and Qatar and building a pipeline for North Sea gas.

Germany supports Nord Stream 2, saying it is purely a business project but has recently hinted it may reconsider, especially after German experts said top Kremlin critic Alexei Navalny was recently poisoned with a Soviet-made nerve agent, placing Russia in the spotlight. Navalny was treated in Germany.

The fines are the maximum allowed, equivalent to 10% of the companies' annual revenue.

An appeal would suspend the implementation of the decision until the court's ruling.