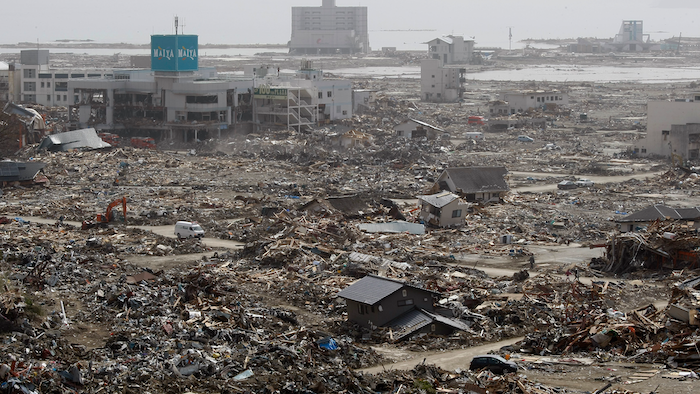 The Tokyo District Court on Sept. 19 found ex-TEPCO chairman Tsunehisa Katsumata and two others not guilty of professional negligence in the disaster and the death of 44 elderly patients who were forcibly evacuated from local hospitals.

The court said a tsunami of the size that hit the plant after an earthquake was unpredictable and the executives weren't required to take additional measures or to stop the reactors under government safety standards at that time. Ensuring absolute safety at nuclear plants was not a government requirement then, it said.

"Many people, especially the residents who were hit by the accident, found the ruling unacceptable," Yuichi Kaido and three other lawyers for the residents said in a statement. They said the lawyers and supporters have collected more than 14,000 signatures calling for the appeal.

A trial date has yet to be set.

The prosecution during the district court trial argued that TEPCO could have prevented the disaster had it told the plant to install safety measures before the tsunami, and demanded five-year prison terms for Katsumata, 79, and his two co-defendants, Sakae Muto, 69, and Ichiro Takekuro, 73.

The three men pleaded not guilty at the trial's opening session in June 2017, saying predicting the tsunami was impossible.

The prosecution has also said the three defendants had access to data and scientific studies that anticipated the possibility of a tsunami exceeding 10 meters (33 feet) that could trigger a loss of power and a severe accident. TEPCO was considering taking measures by 2008 or 2009, but the executives allegedly delayed the idea to avoid additional spending just as TEPCO was repairing another nuclear plant damaged in a 2007 earthquake.