The decision removes one of the last major hurdles for the controversial project. 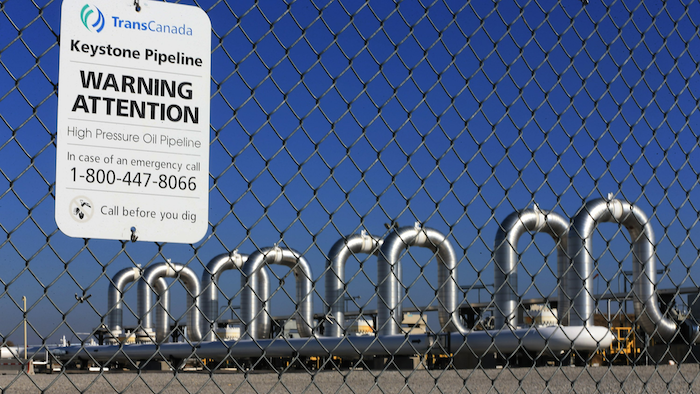 LINCOLN, Neb. (AP) — Nebraska's highest court has rejected another attempt to derail the Keystone XL pipeline that could have forced the developer to reapply for state approval and delayed the $8 billion project yet again.

The Nebraska Supreme Court on Friday upheld the decision of regulators who voted in 2017 to green-light a route through the state. The court's decision removes one of the last major hurdles for the project, which has been mired in lawsuits and regulatory hearings since it was proposed in 2008.

The Nebraska Public Service Commission voted 3-2 in favor of an "alternative route" for the project instead of developer TC Energy's preferred pathway for the pipeline. Opponents filed a lawsuit arguing the company didn't follow all the required procedures for the route that was approved.