Refinery Near National Park Behind Schedule 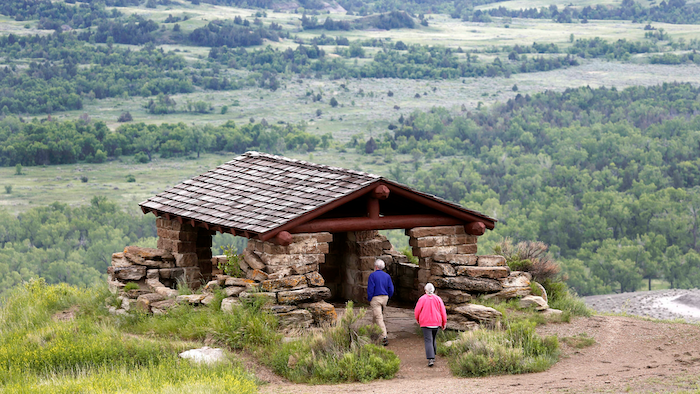 Meridian began site work last summer, aiming to have the Davis Refinery operating by mid-2021. Prentice said the company now plans to have the factory running in 2022 due to funding and legal setbacks .

Securities fillings show the company has raised less than 5% of the project's construction costs. And the company has two disputes pending before the state Supreme Court.

Prentice said the company has raised $40 million and will have all funding secured within months.

Prentice also expects favorable rulings by the state's high court, saying that the company has "gotten solid wins under our belt" on other issues.

The National Parks Conservation Association in March filed an appeal to the Supreme Court that an air quality permit issued by the state Health Department and upheld by a state judge violates the federal Clean Air Act.

And last month, the Environmental Law and Policy Center and the Dakota Resource Council appealed to the state's high court, arguing developers aren't being aboveboard about the refinery's size.

North Dakota regulators did not consider suitability of the site because under state law, oil refineries with a capacity of 50,000 or more barrels daily must get a permit from the Public Service Commission. Meridian initially said the refinery would have a capacity of 55,000 barrels, but later lowered the figure to 49,500 barrels, or just under the threshold that would have required critical review and public hearings.

Records show the company reimbursed — as required — nearly $103,000 to the state for its review of the air quality permit that found the refinery would be a minor source of pollution. The state has said the review consisted of more than 1,000 hours of department staff time.

Meridian has yet to file for needed building permits in Billings County, records show. Prentice said permit applications won't be filed until detailed engineering drawings are completed later this year for the 700-acre (280-hectare) refinery complex.

The company also has not posted the more than $3.2 million in construction bonds required by the Billings County Commission, said Stacey Swason, the county's planning and zoning director. The company only has submitted a $260,000 letter of credit to date, she said.

Prentice said the required bonding will be posted as construction progresses.

Prentice has long boasted the facility will be the "cleanest refinery on the planet" and a model for environmentally friendly technology. He said the company is pursuing similar projects in Texas and Oklahoma.

Besides court challenges and the lacking cash and permits, the company is faced with an example of another southwestern North Dakota refinery , the Dakota Prairie Refinery, that couldn't turn a profit and was later sold.

Environmentalists remain wary of the proposed refinery despite the hurdles that remain to building it.

"They are touting it as a shining example of an environmentally friendly refinery and it isn't," said Wayde Schafer, spokesman for the state's Sierra Club chapter. "We can't afford to relax because it sure could happen and we are concerned about its proximity to the park. We are not backing off at all."