Elon Musk's Solar Roof Forecast Has Him in Tweet Trouble

Unless the tweet was approved by a company securities attorney, it likely would violate a court-approved settlement with the SEC. 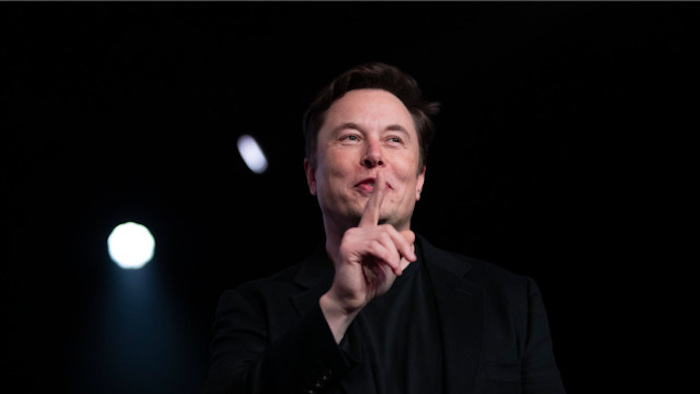 NEW YORK (AP) — Once again, Tesla CEO Elon Musk could be in hot soup with U.S. securities regulators, this time for tweeting a forecast for solar roof production.

At 8:54 p.m. Monday, Musk responded to a Twitter question about progress on roof manufacturing by saying he hopes to make about 1,000 per week by the end of this year.

Unless the tweet was approved by a company securities attorney, it likely would violate a court-approved settlement with the Securities and Exchange Commission from April.

That pact requires Musk to get the lawyer's approval before writing about Tesla topics that weren't previously disclosed. It doesn't appear that Tesla has disclosed any public solar roof production forecasts of late.

The SEC wouldn't comment on the tweet, and Tesla wouldn't say whether it had been approved by a company lawyer. But experts say it's a likely violation of the settlement. It's a mystery, however, whether the SEC will take this back to court and ask for a contempt finding or let the tweet go until there's another infraction. The tweet could have moved the stock, but given its late hour, that would be difficult to prove.

It doesn't appear that Musk talked to the attorney, because any securities lawyer would have recommended including "meaningful cautionary statements" about why the forecast may not come true, said John Coffee Jr., a Columbia University law professor. "This again expresses the stupidity of not talking to counsel," said Coffee. "You can protect predictions by putting some meaningful cautionary statements round them."

Erik Gordon, a University of Michigan law and business professor, doesn't think the SEC will go after Musk this time, but rather will wait for another violation. The April agreement doesn't require a Musk tweet to affect the stock price to be a violation, but the court may just see the solar roof tweet as a minor infraction and evidence that the SEC is after Musk, said Gordon.

He predicted that the SEC would have a conversation with Musk's lawyers about the violation and then build a record of violations with a letter to the court. "I don't think they're just going to walk away and say 'we don't care about what he says,'" Gordon said.

The April court agreement says Musk needs approval before writing about Tesla's financial condition, potential mergers and production or delivery numbers that have not been previously published, among other things.

It stems from a flap that occurred last August when Musk tweeted that he had lined up the financing necessary to take Tesla private in a buyout that would have likely cost more than $20 billion, causing the electric car maker's stock to swing wildly. An offer never materialized, and the SEC later accused Musk of using Twitter to mislead investors.

Musk denied the allegations, but he and Tesla eventually reached a $40 million settlement after regulators threatened to seek his ouster as CEO. Instead, Musk agreed to step down as chairman for at least three years and also stipulated that his tweets tied to the company be prescreened for accuracy.

Twitter got Musk into trouble again in February when the SEC alleged a tweet about how many cars Tesla will manufacture this year represented another misleading statement and sought to hold him in contempt of court for violating the settlement. That resulted in the April settlement.

But it's a symbolic victory for corn ethanol advocates.
May 5th, 2022
Follow Us
Most Recent