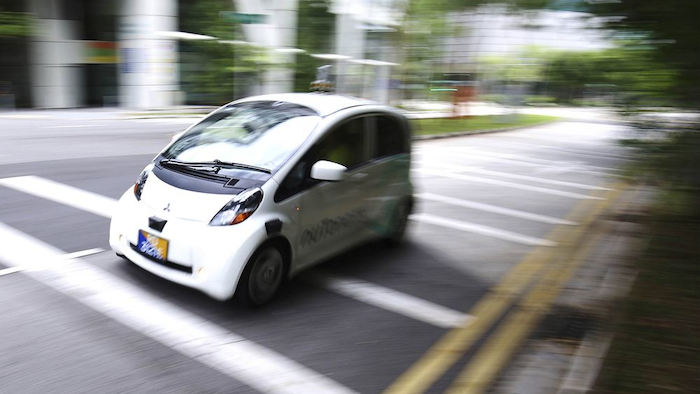 An autonomous vehicle is driven during its test drive in Singapore on Aug. 24, 2016.
Yong Teck Lim/AP Photo

Take a step back and it becomes apparent that we are living in the science-fiction world that previous generations only dreamed of. Robots clean our houses, our lives are digitally stored in the palm of our hands and automotives are becoming electric and autonomous. Yet, for these technological marvels, battery power is integral and the development of this technology poses both opportunities and threats to the battery industry. Here, Michele Windsor, global marketing manager for specialist battery manufacturers Accutronics and Ultralife Corporation, explains.

In his 1953 short story Sally, renowned science-fiction writer Isaac Asimov conjured a world where autonomous vehicles — known in the story as cars with “positronic brains” — ruled the roads as the main form of transport. Today, as car manufacturers invest heavily in autonomous vehicle technology and self-driving cars begin taking to the roads, it’s clear that Asimov was onto something.

Unlike the dystopian world that Asimov envisioned, the world today can at times be pleasantly convenient. In fact, many areas of technological advancement are built around making life as convenient as possible for humans. Battery technology underpins these technologies, as the portability and efficacy of batteries makes it by far the most convenient modern power supply.

However, in 2019, we’re beginning to see the age of convenience present an element of inconvenience to battery manufacturers, while simultaneously offering many market opportunities, primarily in the form of the burgeoning demand for robotics.

The International Federation of Robotics (IFR) predicted that between 2018 and 2021, almost 2.1 million new industrial robots would be installed globally. Alongside this, the IFR estimated that approximately 165,000 new service robots, ranging from logistics systems to surgical robots, would enter the market in 2018 — 32 per cent more than the previous year.

With fixed robots that are typically found in industrial settings, batteries form an integral role in ensuring the safety of workers. Increasingly, we’re seeing industrial robots operating outside of the cages that used to contain them, with modern systems often working collaboratively with workers. The batteries help ensure that, in the event of a mains power failure, the robot can safely power down rather than abruptly halting and losing calibration data.

Of course, this is only possible with effective and reliable battery technology. For example, Ultralife Corporation developed its lithium-iron phosphate (LiFePO4) series of sealed lead acid replacement batteries for robots to deliver a long service life in a rugged, dependable format. This battery is ideal for larger robotic systems, and the growing demand from this industry influenced the battery’s development, as Accutronics has seen while distributing the battery range across Europe.

For robots in other industries, the applications tend to require portability and independence from mains electricity. For example, an automated guided vehicle (AGV) in a warehouse isn’t as helpful if it is bound by cables connecting it to a plug socket. As such, these systems require secondary batteries that are rechargeable, compact and which boast a high energy density, such as the CMX series of batteries.

The demand for robotics across sectors has climbed in recent years and is showing no signs of slowing. As Stelian Coros, assistant professor at ETH Zurich’s department of computer science said in a recent article for the World Economic Forum, “we are closer than we think to robots becoming ubiquitous”.

While the growing robotics market provides ample opportunity for innovation and growth in battery technology, the rise of electric vehicles (EVs) and self-driving cars is putting pressure on the battery supply chain.

The heart of any battery is the battery cell, so battery manufacturers are reliant on cell manufacturers to supply them with the components. However, EV manufacturers also require lithium cells for EV batteries. These batteries contain hundreds of 18650 cells per battery, whereas a bespoke professional battery contains only a handful.

Because the EV and self-driving car markets are more profitable, most cells are provided to meet those profitable quantities, putting a strain on other battery manufacturers that need the same cells. Niche applications and projects subsequently have a more difficult time getting the best batteries in a timely manner, unless design engineers partner with a battery manufacturer that can work closely with cell manufacturers to expedite this process.

This dilemma is by no means the fault of EV manufacturers or cell providers, but rather the consequence of an overall battery cell shortage. Production of battery cells needs to increase to keep pace with the growing demand. This is arguably the biggest challenge facing battery technology in 2019, born of a bittersweet, booming opportunity.

When Asimov imagined a world filled with sentient, autonomous cars, he likely never imagined that one of the first great challenges affecting society would be in producing those vehicles. However, we are still not in a dystopian situation; the opportunities ahead are exciting, and design engineers that work with trusted battery manufacturers can continue to innovate and develop products. The only hard limits are in the imagination.