The order would step up oversight of areas dominated by a few companies, from meatpacking to internet providers. 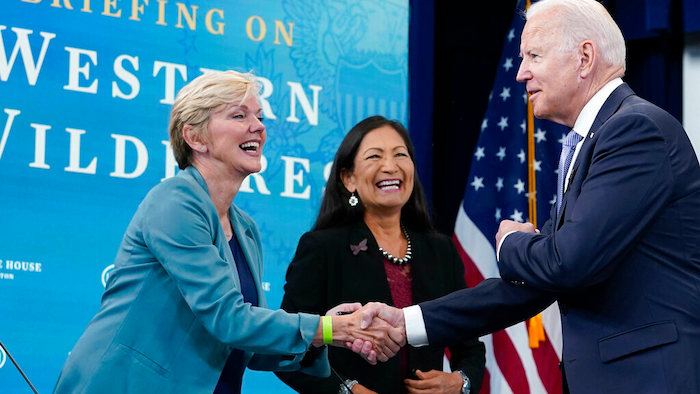 WASHINGTON (AP) — The Biden administration is preparing an executive order to improve opportunities for consumers and small businesses by stepping up oversight of areas of the economy that are dominated by a select few companies, such as meatpacking and internet service providers.

The order has yet to be finalized, but the overarching goal is to promote a sense of competition that the administration believes is central to capitalism, said a person familiar with the order who spoke on condition of anonymity to discuss its details. The order reflects concern that the concentration of power causes higher prices and poorer quality services.

The order would direct federal agencies to enforce existing rules to help competition. In some cases, this could mean dismantling regulations that preserve power for larger companies. Two clear targets would be ending noncompete agreements that limit how much money a worker can earn by switching employers and addressing a meat-processing sector that is largely controlled by four major companies.

The move could be controversial among conservative lawmakers who favor less government intervention into the economy. However, some Republican lawmakers have opposed noncompete agreements, with Florida Sen. Marco Rubio introducing a bill in 2019 to end them for entry level, low-wage workers.

President Joe Biden has made no secret of his belief that a concentration of corporate power could come at the expense of workers.

“The president made clear during his campaign that he is committed to increasing competition in the American economy, including by banning noncompete agreements for workers and protecting farmers from abusive practices, but there is no final decision on any actions at this time,” said White House spokesperson Emilie Simons.

Politico and The Wall Street Journal previously reported that an order would be signed soon on the matter.