The lawsuit accuses Amazon of fixing prices through policies applied to its third-party sellers. 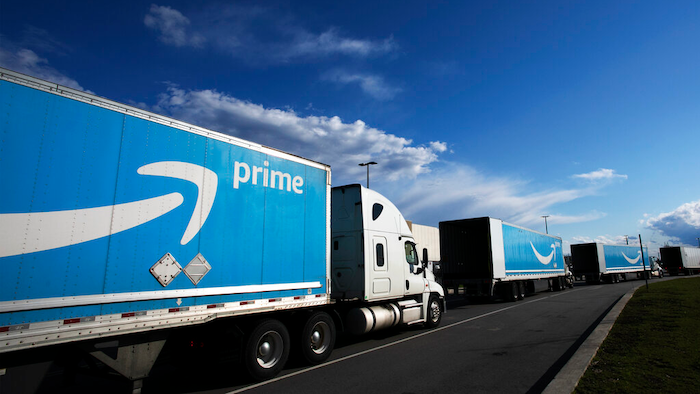 WASHINGTON (AP) — The District of Columbia has sued Amazon, accusing the online retail giant of anticompetitive practices in its treatment of sellers on its platform. The practices have raised prices for consumers and stifled innovation and choice in the online retail market, the DC attorney general alleges in an antitrust suit.

The suit filed Tuesday in the District of Columbia court maintains that Amazon has fixed online retail prices through contract provisions and policies it applies to third-party sellers. It alleges these provisions and policies prevent sellers that offer products on Amazon.com from offering their products at lower prices or on better terms on any other online platform, including their own websites.

“We filed this antitrust lawsuit to put an end to Amazon’s illegal control of prices across the online retail market,” DC Attorney General Karl Racine said in a conference call with reporters. “We need a fair online marketplace that expands options available to (District of Columbia) residents and promotes competition, innovation and choice.”

The suit seeks to end Amazon's use of the allegedly illegal price agreements as well as unspecified damages and penalties.

“The DC attorney general has it exactly backwards — sellers set their own prices for the products they offer in our store," the Seattle company said in a prepared statement. “Amazon takes pride in the fact that we offer low prices across the broadest selection, and like any store we reserve the right not to highlight offers to customers that are not priced competitively. “

Founded by Jeff Bezos, the world's richest individual, Amazon runs an e-commerce empire and ventures in cloud computing, personal “smart" tech and beyond.

Its third-party marketplace, with independent merchants listing millions of their products on the site, is a huge part of Amazon’s business. It has about 2 million sellers on its marketplace, and the company has said that more than half the goods sold on Amazon.com come from third-party sellers. Amazon also makes money by charging third-party sellers fees, bringing in $24 billion in revenue in the first three months of this year, up 64% from the same period in 2020.

A congressional investigation threw a spotlight on complaints by merchants that sell products on Amazon's platform about the kinds of practices that the District of Columbia suit focuses on. Officials in California and Washington state also have been reviewing the practices.

European Union regulators filed antitrust charges in November accusing Amazon of using its access to data from sellers that use its platform to gain an unfair advantage over them.

Bezos is stepping down this summer as CEO, to be replaced by Andy Jassy, who runs the cloud-computing business. Bezos will become executive chairman.