A recent investigation found that plastic waste from the U.K. and Germany was dumped and burned in southern Turkey. 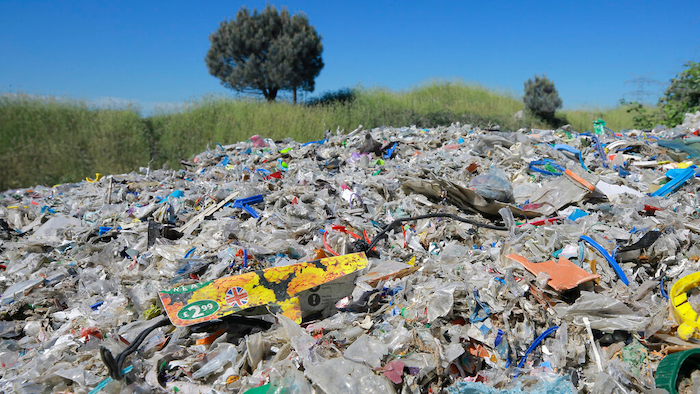 Illegal garbage dump near Alibeykoy Dam on the outskirts of Istanbul, May 19, 2021.
AP Photo/Mucahit Yapici

ISTANBUL (AP) — Turkey has imposed an import ban on ethylene polymer plastic waste as environmental groups sound the alarm on the world’s plastic consumption and lack of effective recycling.

In an amendment published in Turkey’s Official Gazette on Tuesday, the Trade Ministry added ethylene polymer plastics to its list of waste materials that are illegal to import. The ban will take effect in 45 days.

The environmental group Greenpeace Mediterranean welcomed the news, calling it a “very important step towards the goal of zero waste importation” as set out by Turkey’s Ministry of Environment and Urbanization. The group said 74% of the plastic waste imported by Turkey last year will now be on the banned list.

In a visual investigation published this week, Greenpeace said plastic waste like shopping bags and packaging from the U.K. and Germany were being dumped and burned in southern Turkey.

“Around 241 truckloads of plastic waste come to Turkey every day from across Europe and it overwhelms us. As far as we can see from the data and the field, we continue to be Europe’s largest plastic waste dump,” said Nihan Temiz Atas, the biodiversity projects head of Greenpeace Mediterranean.

The environment minister, Murat Kurum, said 152 waste facilities were audited in southern Adana province after “undesirable images were revealed.” Twenty-nine of them shut down, 32 were fined and criminal complaints filed against businesses that were causing pollution. He said Wednesday monitoring would continue in all recycling processes.

Kurum added Turkey didn't import garbage and added that the import of mixed plastic waste was outlawed in 2021. Companies importing recyclable plastics to process into raw materials for use in Turkey are required to hold an identification code that allows for monitoring.

“Our goal is a national industry that can get a 100% of its raw materials from the domestic market and end imports of waste from the world and a very clean Turkey,” he said.

The Turkish Plastics Industrialists’ Association criticized the ban, saying the ministry had not consulted with industry representatives.

“The ban puts our country’s plastics sector into a deadlock,” the group’s President Selcuk Gulsun said, calling for the measure to be withdrawn.

Polyethylene plastics are one of the most widely produced plastics in the world.