Online ammunition seller Lucky Gunner had argued it was immune from litigation. 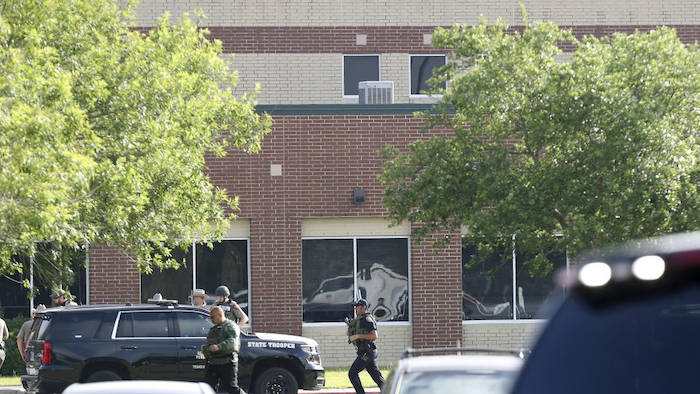 HOUSTON (AP) — A Tennessee-based online retailer accused of illegally selling ammunition to a student who fatally shot 10 people at a Texas high school in 2018 won’t be dismissed from a lawsuit filed by families of those killed and injured, a judge has ruled.

Lucky Gunner is accused of not verifying the age of Dimitrios Pagourtzis when he bought more than 100 rounds of ammunition before the May 2018 shooting at Santa Fe High School, located about 35 miles (56.33 kilometers) southeast of Houston.

Pagourtzis was a 17-year-old junior at the time of the shooting. Federal law prohibits minors from purchasing handgun ammunition, and bars licensed gun companies from selling handgun or shotgun ammunition to minors.

Lucky Gunner and its owners had argued they were immune from litigation under the federal Protection of Lawful Commerce in Arms Act which prohibits firearms and ammunition manufacturers and dealers from being held liable when their products are used in crimes.

But Judge Jack Ewing in Galveston last week denied the company’s request and ordered it pay for the plaintiffs’ attorney fees related to the company’s efforts to be removed from the case.

The claims against Lucky Gunner are part of a lawsuit against the suspect’s parents, Rose Marie Kosmetatos and Antonios Pagourtzis, who are accused of knowing their son was exhibiting extreme behavior and yet failed to prevent him from accessing their firearms, which authorities believe were used in the shooting.

“This ruling says loud and clear that a company selling ammunition to minors can’t hide behind the Protection of Lawful Commerce in Arms Act,” said Alla Lefkowitz, with Everytown Law, the litigation arm of the gun control advocacy group Everytown for Gun Safety. The group is representing the family of Sabika Aziz Sheikh, a Pakistani exchange student killed in the shooting.

Lucky Gunner had faced a similar lawsuit after the 2012 Aurora movie theater shooting in Colorado in which 12 people were killed. But a federal judge dismissed that lawsuit in 2015.

Pagourtzis, now 20, has been ruled incompetent to stand trial and has been receiving mental health treatment at a state hospital.