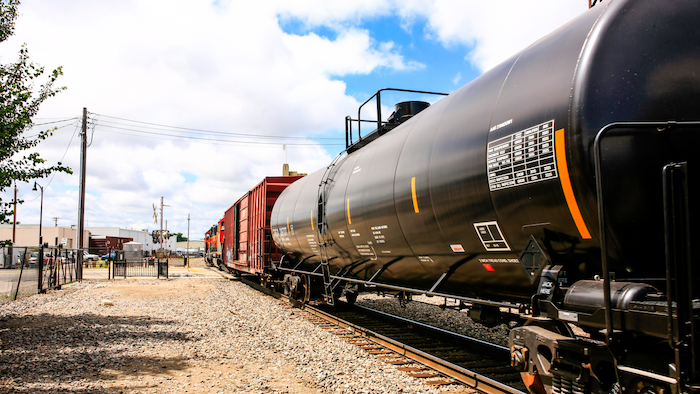 Opponents argue the funding proposed for the long-troubled and financially distressed facility in Minot is nothing more than a taxpayer bailout for banks, one of which is partly owned by Republican U.S. Sen. John Hoeven.

Five Minot-area lawmakers sponsored the legislation that seeks to provide $1.8 million for track improvements and $8.2 million that would be funneled to a trio of banks that acquired the property and buildings and equipment through foreclosure.

The measure sailed through the North Dakota Senate last month. Just one senator, Republican Nicole Poolman, of Bismarck, voted against it, telling The Associated Press that it smacked of a “bank bailout.”

Some senators surveyed by the AP said they were unaware of the specifics of the legislation, including its ties to Hoeven.

The bill, which is still making its way through the House, has faced increasing criticism. The legislation under consideration would allow a local economic development group to buy the facility from the banks. The nonprofit group — not the state — would own the facility.

Bismarck GOP Rep. Rick Becker, among the most conservative members of the Legislature, has been outspoken in his desire for lawmakers to kill the deal, which he called “corporate welfare and cronyism.”

Hoeven declined an interview with the AP and instead sent a statement that said the issue “is up to the Legislature to determine.”

An effort to establish an intermodal facility in North Dakota has been ongoing for at least two decades but has never fully materialized. Intermodal service involves standardized containers that can be carried on trains, trucks and ships to international markets, allowing products to be moved between different types of transportation without being repacked.

In 2006, Minot got $1.5 million from the federal government for an intermodal project that also includes an agricultural park. The money was intended to help with land acquisition, street construction, water and sewer services and other improvements.

Starting in 2009, the city leased the facility to a company that ran it, but that private operator ran into financial problems and stopped paying rent. The city terminated the lease in 2018, and the facility went into foreclosure, with its assets held by the state-owned Bank of North Dakota, First Western Bank and Trust, and the State Bank and Trust of Kenmare.

Under the legislation, the Bank of North Dakota would get a 49% share of the buyout, followed by First Western’s 33%.

Hoeven, who served as North Dakota’s governor from 2000 to 2010, is part owner and serves on the board of directors of First Western, which was started by his father. He's also a former president of the Bank of North Dakota.

Rep. Becker said Hoeven’s association with the deal is troubling.

“The optics are concerning,” he said.

The facility in Minot restarted in October, under a new operator, and has been sending rail shipments to ports the Pacific Northwest. GOP Gov. Doug Burgum at the time called the restart a game-changer that could reduce shipping costs for farm products by as much as 25%.

Goettle, the lobbyist for the local economic development group and a former North Dakota Commerce Department director and aide to Hoeven, said such facilities are sometimes funded with taxpayer dollars.

“Think of this as an extension of our transportation infrastructure,” he said.