The government told the e-commerce site's operator to register as a company from mainland China or dispose of its ownership stake. 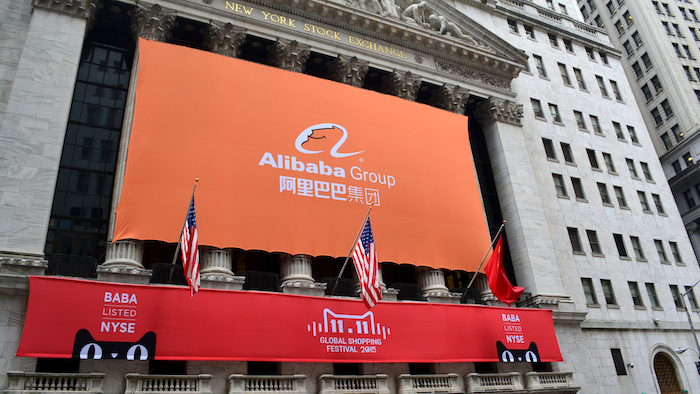 TAIPEI, Taiwan (AP) — Taiwan declared an e-commerce platform linked to China's Alibaba Group a potential security risk and told its operator Monday to register as a company from the rival mainland or dispose of its ownership stake.

The order adds to mounting pressure on Chinese companies in the United States and other countries over security concerns.

Taiwan and China split in 1949 during a civil war. They have no official relations but thriving trade and investment ties. Taiwan closely watches those links to avoid being dominated by its giant neighbor, which has threatened to invade the island.

Taobao Taiwan is operated by a separate company, British Claddagh Venture Investment Ltd., but Alibaba Group's ownership stake in that company allows it to control the consumer-to-consumer platform in violation of Taiwanese rules, the Ministry of Economic Affairs said.

The user agreement for Taobao Taiwan gives permission to “send the member’s transaction data back to the Alibaba Group server in China,” the ministry said. “There may be an information security risk.”

British Claddagh has six months to ask permission to operate as a Chinese company or else “withdraw the investment,” the ministry said. It gave no indication what restrictions that new status might bring but said the company faces a fine of up to 410,000 New Taiwan dollars ($14,000) if it fails to comply.

Alibaba’s 29% stake in British Claddagh is below the 30% legal limit, but the shareholding structure allows the Chinese company to control it by vetoing decisions, the ministry said.

Taiwan also is among governments that have imposed curbs on the use of telecom equipment from Huawei Technologies Ltd., the world’s biggest maker of switching gear. The U.S. government has declared Huawei a security risk, which the company denies, and is lobbying allies to avoid its technology as they upgrade to next-generation telecom networks.

Meanwhile, the White House is pressing the Chinese owner of TikTok to sell the short-video app due to concerns it might transfer users’ information to China. President Donald Trump has issued a sweeping but vague order barring U.S. companies from dealing with TikTok and WeChat, a popular Chinese messaging service.