Apple Buys Intel Division for $1B

The deal is driven by the upcoming transition to the next generation of wireless technology. 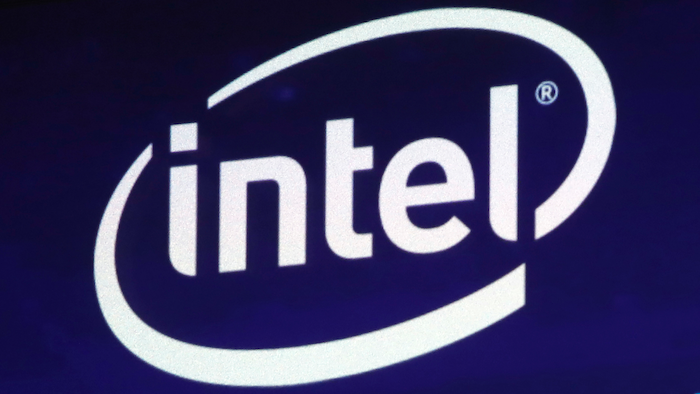 In this Oct. 3, 2018, file photo the Intel logo appears on a screen at the Nasdaq MarketSite, in New York's Times Square. Apple is paying Intel $1 billion for the chip maker's smartphone modem division in a deal driven by the upcoming transition to the next generation of wireless technology.
AP Photo/Richard Drew, File

SAN FRANCISCO (AP) — Apple is paying Intel $1 billion for the chip maker's smartphone modem division in a deal driven by the upcoming transition to the next generation of wireless technology.

The agreement announced Thursday comes three months after Apple ended a long-running dispute with one of Intel's rivals, Qualcomm. That ensured Apple would have a pipeline of chips it needs for future iPhones to work on ultrafast wireless networks known as 5G.

The Apple-Qualcomm truce prompted Intel to abandon its attempts to make chips for 5G modems, effectively putting that part of its business up for grabs.

Once the sale is completed later this year Apple will be picking up about 2,200 Intel employees and 17,000 wireless technology patents. Barring any complications, the deal is expected to close sometime between October and December.

Apple's purchase of Intel's smartphone modem patents and other technology could bolster its attempt to build its own line 5G chips and lessen its dependence on Qualcomm. The Cupertino, California, has hammered out a licensing agreement with Qualcomm that carries through April 2025, with an option to extend for an additional two years after that.

Qualcomm is a pivotal supplier in the rollout of 5G, particularly in the U.S. That's because President Donald Trump's administration has blacklisted another key 5G supplier, Huawei, as part of its trade war with China.

So far, 5G connections are only available in a few cities in the U.S., but they are expected to become more prevalent by next year. The faster networks will enable consumers with 5G devices to download movies in a matter of seconds and access other streaming services more quickly.

Apple isn't expected to release an iPhone that works on 5G networks until September 2020, putting it behind rivals such as Huawei and Samsung, which already make handsets that work with the faster wireless technology.

"This is a clear 'doubling down' on 5G which remains at the centerpiece of the company's smartphone future," Wedbush Securities analyst Dan Ives said of Apple's deal with Intel.

The sale is a residue of Intel's inability to catch up with Qualcomm in the business of making chips for smartphone modems. Intel spent the past decade trying to make inroads in that market, with its big move coming in 2011 when it bought Infineon Technologies' smartphone modem division for $1.4 billion.

At one point, analysts believed Intel's smartphone modem business was worth billions of dollars, but that valuation plummeted as it became clearer that the company was falling further behind in the 5G evolution. Investors still seemed pleased with the price that Intel fetched from Apple. Intel's stock gained 6% to $55.40 in extended trading after the deal was announced while Apple shares dipped a penny to $207.01.

Apple rarely spends a lot on acquisitions, preferring to snap up startups for relatively small sums. The price it's paying Intel ranks this deal among its largest besides its $3 billion takeover of Beats' headphones and music streaming service in 2014.

The Intel deal could spur speculation that Apple may be more open to making big acquisitions as it looks for new avenues for growth amid slowing demand for the iPhone, its main moneymaker for the past decade. Apple can easily afford to wheel and deal, with $225 billion in cash at the end of March.