Researchers hope the robot is a first step towards a bio-inspired underwater vehicle.

A team of researchers from the Chinese Academy of Sciences has created a robotic jellyfish.

Jellyfish are some of the most efficient swimmers on the planet — while they’re not that fast, they move through the water by creating a natural jet propulsion.

The researchers developed the robot as a first step towards a bio-inspired underwater vehicle that mimics that propulsion. Specifically, the researchers mimicked Aurelia aurita, commonly called the "moon jellyfish.”

As you can see from the video above, the robot can maneuver vertically and horizontally using similar propulsion created by the cylindrical, bell-shaped bodies.

Jellyfish have been known as inefficient swimmers in the past, but they're more methodical than inefficient or lazy. The use very little energy to get going, and this could be a critical feature for future, untethered underwater vehicles.

Using a combination of the latest in mechatronic design, materials, electronics and control methods, the researchers created smart actuators to replicate the jellyfish movement. Previous robot jellyfish have been tethered, and as you can imagine, underwater vehicles are limited when they can't swim freely.

Like the moon jellyfish, the robot has a large displacement in order to move a large load capacity. The robot is about 5.5” tall, weighs about 18 pounds, and has a similar shape. It has bell-shaped rigid head, a cylindroid main cavity, and a soft rubber skin. The robot can move up and down by adjusting two clump weights in the head.

Next, the researchers will work on making the robot more maneuverable and autonomous, using AI to learn from its time in the water. 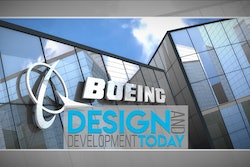