Mullen Automotive, an emerging electric vehicle manufacturer, is acquiring a controlling interest in EV truck innovator Bollinger Motors. This is Mullen’s first EV acquisition and propels the company into the medium-duty truck classes 3-6, along with the B1 and B2 sport utility trucks.

The purchase price is $148.2 million in cash and stock for a 60% controlling interest, which gives Mullen the majority ownership of Bollinger Motors, Inc. and positions Bollinger to capture the electric sport utility and commercial vehicle markets.

Launched in 2015, Bollinger Motors is an American automobile designer and manufacturer of electric sport utility and medium-duty vehicle lines. The company also successfully developed proprietary vehicle battery packs, drivetrains, and thermal and vehicle control software units. In 2017, Bollinger built and debuted the B1 class 3 sport utility vehicle. The company followed its initial success with the development of the second-generation B1 and B2 vehicles before pausing in favor of commercial truck development. With years of history in class 3 truck development, intellectual property, patents, and expertise, the company’s decision made sense to pivot into commercial vehicle development for classes 3-6. As part of the acquisition, the company brings Mullen nearly 50,000 reservations previously taken for the B1 and B2 sport utility vehicles. With Mullen’s acquisition and capital injection, both B1 and B2 programs will begin after the start of production for class 3-6 commercial truck programs.

The company brings a significant pipeline of interest from large companies for commercial electric truck classes 3-6 in a wide range of markets such as last-mile delivery, refrigeration, utilities, and their upfitters. On Sept. 1, 2022, Bollinger revealed for the first time the B4, a class 4 electric commercial truck. The B4 electric chassis cabs will be the first of the company’s commercial lineup to hit the ground in upcoming client test programs. The new Bollinger B4 incorporates years of feedback from dozens of major fleets looking to electrify their vehicles. The result is a cab-forward truck, designed from the ground up to offer maximum cargo volume, accommodate unlimited adaptation and prioritize safety. Bollinger will be testing B4 chassis cab trucks this fall with numerous fleet customers, upfitters, and charging companies to gather constructive feedback. Further details on Bollinger’s B4 announcement can be found here. 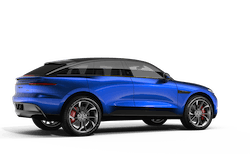 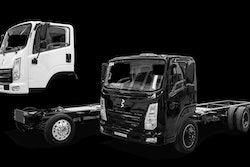