Both recalls will be done with online software updates. 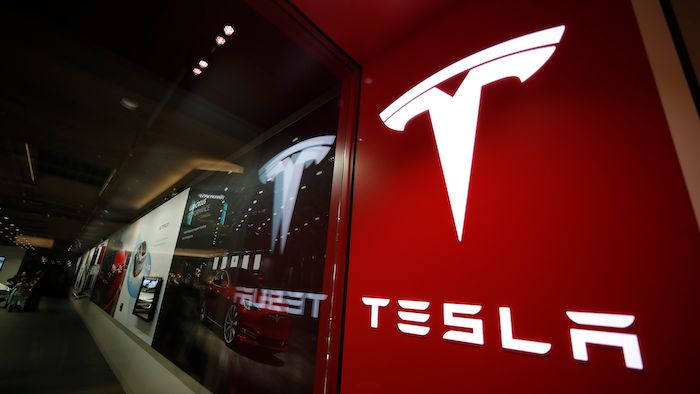 A sign bearing the company logo outside a Tesla store in Cherry Creek Mall in Denver, Feb. 9, 2019. Tesla is recalling nearly nearly 595,000 vehicles in the U.S., Thursday, April 14, 2022, most for a second time, because a “Boombox” function can play sounds over an external speaker and obscure audible warnings for pedestrians.
AP Photo/David Zalubowski, File

DETROIT (AP) — Tesla is recalling nearly nearly 595,000 vehicles in the U.S., most for a second time, because a “Boombox” function can play sounds over an external speaker and obscure audible warnings for pedestrians.

The electric car company says in government documents that the new recall will disable “Boombox” if owners are using a feature that lets them “summon” the vehicles at low speeds. The first recall in February disabled “Boombox” if the Teslas are in drive, neutral or reverse.

Both recalls will be done with online software updates.

“Boombox” allowed drivers to play preset or custom sounds while the vehicles are moving. This violated federal safety standards that require pedestrian warning noises for electric cars, which make little noise when in motion.

The February recall came after the safety agency opened an investigation into the issue.

NHTSA said that in 2010, Congress required electric and hybrid vehicles to make pedestrian warning noises. The law required agency rules to stop manufacturers from allowing anyone other than an automaker or dealer to modify the pedestrian alert sounds,

Also Thursday, NHTSA posted documents showing that Tesla is recalling more than 7,000 Model X SUVs from the 2021 and 2022 because the side curtain air bags may not inflate as intended in a crash when the windows are lowered.

Owners will be notified in early June, and service centers will replace the left and right front-row side air bags. The problem was discovered in tests done by Tesla.