They must yield to pedestrians, can't obstruct traffic and can't transport hazardous materials. 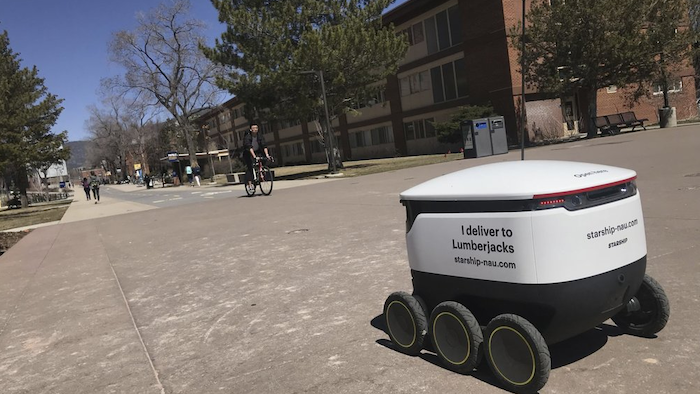 BATON ROUGE, La. (AP) — Louisiana has created a framework for self-driving delivery robots to drop off packages on the state's streets, under a bill backed by lawmakers and Gov. John Bel Edwards.

“Your constituents would be able to place an order for any number of things, and that personal delivery device would be able to pick that up from a store location and go throughout the neighborhood and deliver it along the way,” Ward told the House transportation committee when it debated and approved the measure.

Several other states have passed similar laws. Louisiana's House voted 101-0 for the bill, while senators supported it in a 34-1 vote in the legislative session that ended last week.

They must yield to pedestrians, can't obstruct traffic and can't transport hazardous materials. Companies using the robot delivery vehicles must have lights on the front and rear of each device and maintain at least $100,000 of insurance on the device.

The new law allows local governing officials and airport authorities to establish municipal ordinances or rules banning the robot delivery devices, if they decide that's in the best interest of safety.