BMW Remained Profitable in 2020 with Strong Second Half 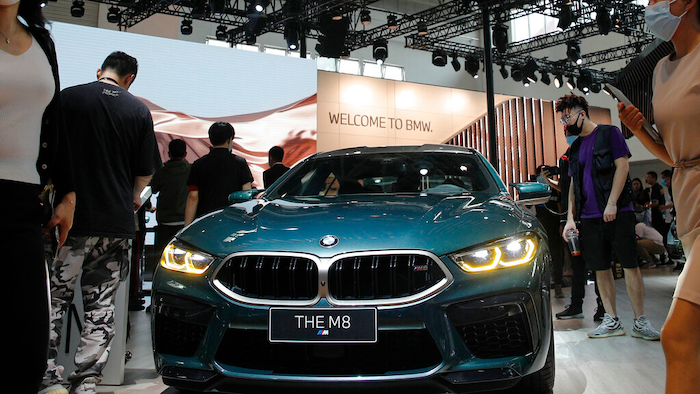 FRANKFURT, Germany (AP) — German luxury automaker BMW says net profit fell 23% last year to 3.86 billion euros ($4.62 billion) as the pandemic shuttered factories in the first part of the year. The maker of the X5 sport utility and 3-Series sedan said a strong second half meant it started 2021 with “a favorable tailwind.”

Operating profits for the second half of last year were 9.8% higher than the second half of 2019. The Munich-based company's sales were boosted by the early and strong economic recovery in China, where 2020 sales topped the year before by 7.4%.

China, the company's largest single market, helped BMW offset sharp drops in sales in Europe and the US.

Earnings were also supported by growth in the upper luxury segment including the large 7-Series sedan and the X7, which the company describes as an SAV, or sport activity vehicle. Those offerings carry higher profits per vehicle than smaller cars.

Sales of its Rolls-Royce luxury cars were off 26% to 3,756 during 2020, a fall attributed to a model change for the brand's best-selling model, the Ghost. The company said the order book for the Ghost is now full well into the second half of 2021.