The country is fighting a virus outbreak amid already weak demand. 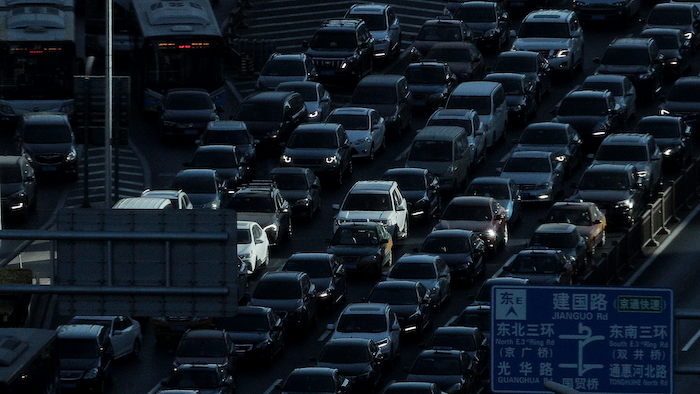 BEIJING (AP) — China’s auto sales plunged in January, deepening a painful downturn in the industry’s biggest global market and adding to economic pressures as the country fights a virus outbreak.

Sales of SUVs, sedans and minivans fell 20.2% from a year earlier to 1.6 million, an industry group, the China Association of Automobile Manufacturers, reported Thursday.

“Enterprises are under huge pressure,” it said in a statement.

The industry was hurt by Beijing’s decision to extend January's Lunar New Year holiday in order to keep families at home and reduce chances that infection might spread. That kept factories and dealerships closed.

January’s slump looks even worse due to the timing of the holiday, when shops and factories close two weeks. This year’s shutdown fell in January, closing factories and dealerships even before the anti-disease controls, while last year's holiday didn't start until February.

February sales usually would look stronger because the holiday has ended, but automakers have yet to restart production halfway through the month. The public has been told to avoid crowds, keeping customers away from dealerships.

“In the short run, auto production and sales will be greatly affected,” CAAM said. “The components supply system will be disrupted.”

Losses to Chinese industry due to the most sweeping anti-disease measures ever imposed are expected to be so large that forecasters have cut this year's economic growth outlook.

The sales slump is a blow to global automakers that are counting on China to drive revenue amid flat demand in the United States and Europe.

The extended closure of factories also is disrupting the global flow of auto components. China's share of global exports of auto parts is about 8%, up from 1% in 2003, according to UBS.

The slump is squeezing revenues for global and Chinese auto brands at a time when they are spending billions of dollars to develop electric vehicles under pressure to meet government sales targets.

China is the biggest market for electrics, accounting for half of global sales, but demand plummeted when Beijing ended multibillion-dollar subsidies in mid-2019.

Forecasters expect demand to rebound later in the year.

“We expect many customers are merely postponing their purchase and that long-term demand growth remains largely unaffected,” Gerwin Ho of Moody’s Investors Service said in a report last week.