UAW Region 5 in St. Louis will be merged into regional offices in Tennessee and Illinois. 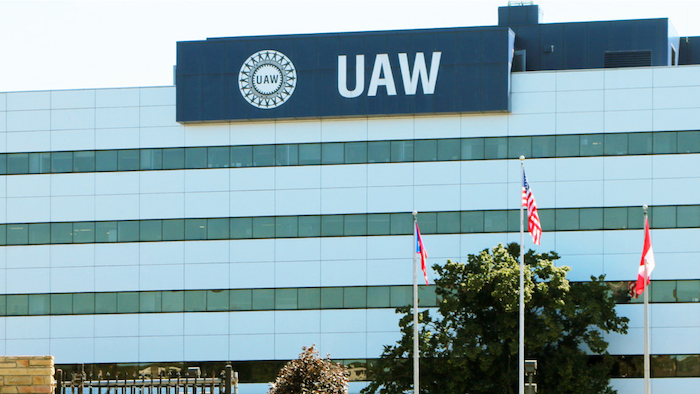 UAW Region 5 in St. Louis will be merged into regional offices in Lebanon, Tennessee, and Lincolnshire, Illinois, the union said in a statement Friday.

President Rory Gamble said in the statement the two regions that will take over Region 5 have been managed prudently.

The St. Louis region covers 17 states from Missouri to Hawaii.

The union will keep an office in St. Louis because of the high number of members it has in the area, spokesman Brian Rothenberg said. The UAW is still working on how to divide up Region 5 between the other two offices, he said.

Top union officials have been accused of embezzling hundreds of thousands of dollars through Region 5 conferences that were held in Palm Springs, California. Vance Pearson, the former head of Region 5, has been charged in the case. Former UAW President Gary Jones was director of the region before Pearson. Federal agents raided Jones' Detroit-area home last summer, but he has not been charged in the case. Both men have resigned from the union.

More than $600,000 in UAW money paid to Renaissance Palm Springs Hotel was used to pay debts by union officials at area businesses, including restaurants, a golf resort, cigar shop and rental properties, between 2014 and 2017, the government alleged in court records.

Investigators uncovered a receipt for a New Year's Eve 2016 meal totaling more than $6,000, including four bottles of champagne for $1,760. They said there was evidence of a "culture of alcohol" in the senior ranks.

Jones' lawyer has said that all expenses were submitted in detail and were not questioned by UAW accounting department or the executive board.

The embezzlement allegations are part of a widening federal probe into corruption at the union. Allegations also include bribery with money paid from the Fiat Chrysler-UAW joint training center.

Ten people with ties to the UAW have been charged in the investigation. Eight have pleaded guilty, including two former vice presidents and the widow of another. Separately, three people who worked at Fiat Chrysler have been convicted.