The National Transportation Safety Board hopes to determine the probable cause of the first fatal crash involving a self-driving vehicle. 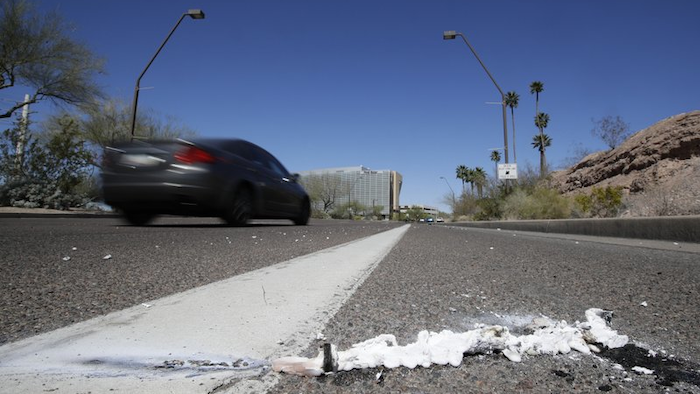 A vehicle goes by the scene of a fatality, where a pedestrian was stuck by an Uber vehicle in autonomous mode, in Tempe, Ariz., March 19, 2018.
AP Photo/Chris Carlson

WASHINGTON (AP) — The National Transportation Safety Board is moving to determine the probable cause of the first fatal crash involving a self-driving vehicle.

Elaine Herzberg died in March 2018 when an Uber vehicle struck her as she walked across a darkened street in Tempe, Arizona.

The board will meet Nov. 19 as part of its efforts.

A preliminary report by the board said the Uber autonomous driving system spotted Herzberg before hitting her but a system used to automatically apply brakes in potentially dangerous situations had been disabled.

Authorities say records show the backup driver was streaming a television show on her phone in the moments before the crash.

Prosecutors declined to file charges against Uber, as a corporation, in Herzberg's death, but they're still considering whether to charge the driver.