UAW Vice President Terry Dittes says talks with General Motors have been slowed by the company's responses to the union's proposals. 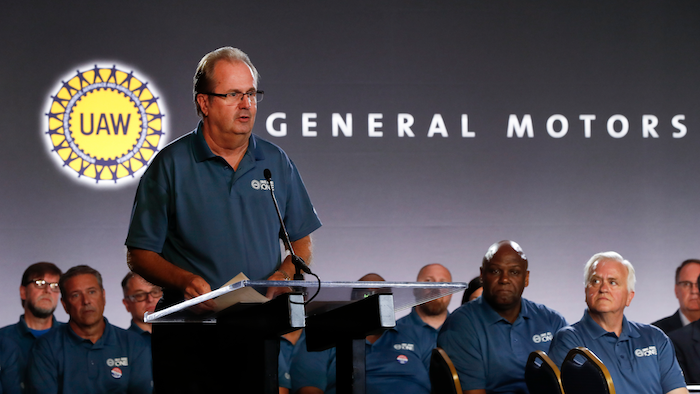 UAW Vice President Terry Dittes (DIT-ez) says talks have been slowed by the company's responses to the union's proposals. He tells local union officials in a letter dated Thursday that the UAW remains committed to getting workers a fair share of profits earned by the company.

The four-year deals between the UAW and all three Detroit automakers expire at 11:59 p.m. Sept. 14. Last week union members gave their leaders authority to call a strike.

GM says its goal is to reach an agreement that builds a strong future for the company and its employees.