The German government says it won't get involved in the debate after a crash last week claimed the lives of four pedestrians. 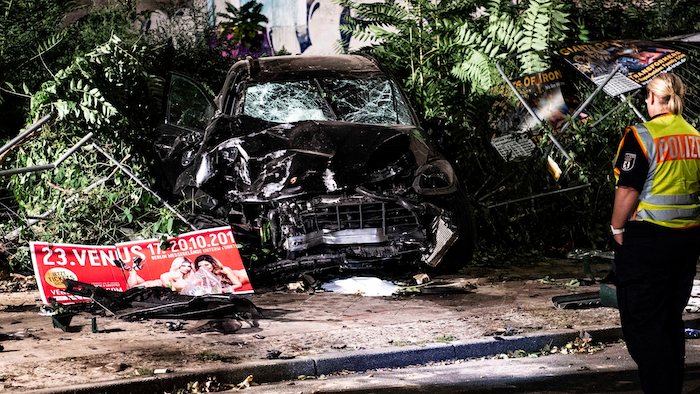 A destroyed car stands between rubble in Berlin, Sept. 7, 2019.
Paul Zinken/dpa via AP

BERLIN (AP) — The German government says it won't get involved in a debate over restricting large sports utility vehicles in cities after a crash last week claimed the lives of four pedestrians, including a young boy.

Some members of Germany's environmentalist Green party have called for limits on heavy SUVs, saying they pose a particular threat to others, besides contributing disproportionately to climate change.

Transport Ministry spokeswoman Simone Buser declined to comment on the proposals, saying Monday that "what's important at this point is to determine the cause of this terrible accident."

Berlin police are investigating whether the driver of a Porsche Macan suffered a medical incident before veering onto a sidewalk, killing a 3-year-old boy, a 64-year-old woman and two men in their late 20s, and injuring five others Friday.