The ride-hailing company will receive a $24 million state incentive package to open a new regional hub. 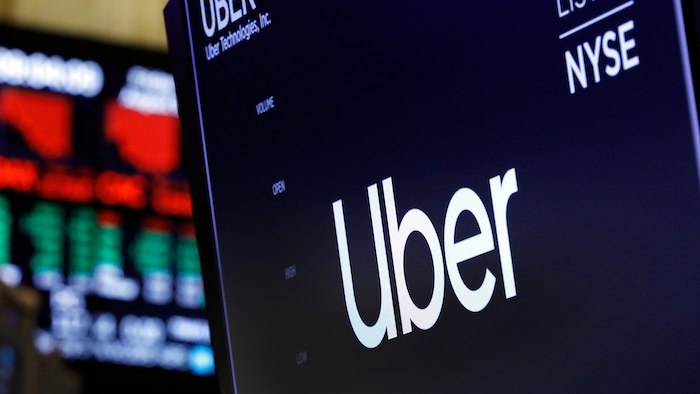 In this Aug. 9, 2019, file photo, the logo for Uber appears above a trading post on the floor of the New York Stock Exchange.
AP Photo/Richard Drew, File

DALLAS (AP) — Uber will receive a $24 million incentive package from Texas officials and open a new administrative hub in Dallas, bringing with it about 3,000 jobs, Gov. Greg Abbott announced Tuesday.

The offices that will open in the historic Deep Ellum section of Dallas will house various corporate functions, officials said.

Abbott said in a statement that the state's "business-friendly environment makes Texas the perfect home for innovative companies like Uber."

Uber CEO Dara Khosrowshahi said in the same statement that Dallas was the first city in Texas where the Uber ride-sharing app became available in 2012. He says, "Texas has been a hub of innovation for our platform."

The jobs created by the regional hub will result in a $400 million annual payroll, officials said.

Dallas County Judge Clay Jenkins, the county's top administrator, said the move "will provide a huge boost to our urban core with a positive wave that will spread across our entire county and region."

Uber, which has its headquarters in San Francisco, offers ride-hailing services along with food delivery and other forms of transportation. It has yet to turn a profit and lost $1 billion in the first quarter of 2019. Executives have said it could take years to make money.

The company announced in July that it has launched "comfort" rides in dozens of cities. Riders are guaranteed 36 inches of legroom in "newer" cars__meaning those that are under five years old__and they can request a preferred air temperature. Riders can also use the app to tell drivers they don't want to chat, avoiding what some consider an awkward exchange.

In June, Uber said it would team with Volvo Cars to launch its newest self-driving vehicle. The company said it can easily install its self-driving system in the Volvo XC90 SUV. Uber and Volvo cars partnered in September 2016. This is the third car they've developed together.