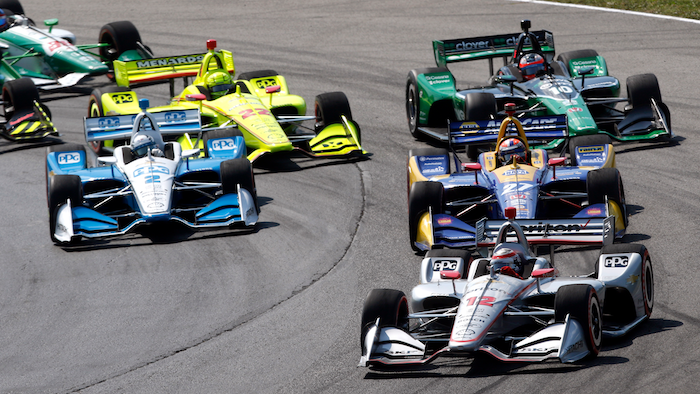 The racing series announced Thursday it will integrate a hybrid powertrain into its cars beginning in 2022. The technology will use braking systems to create energy recovery and will include multi-phase motors, inverters and electric storage devices.

The hybrid systems will work in conjunction with the traditional, internal combustion engines built by Honda and Chevrolet to produce more than 900 horsepower.

The new systems also will increase the horsepower of the push-to-pass systems and allow drivers to restart their cars from the cockpit. That should minimize a driver's exposure if he or she stalls on the track. Cars currently have to be cranked using hand-held electric starters.

"It's an exciting time for IndyCar with the forthcoming evolution of the cars and innovations like the hybrid powertrain being incorporated into the new engine," IndyCar President Jay Frye said. "As we move toward the future, we will remain true to our racing roots of being fast, loud and authentic, and simultaneously have the ability to add hybrid technology that is an important element for the series and our engine manufacturers."

The addition of the hybrid powertrain will delay the debut of IndyCar's new engine from 2021 to 2022, realigning it with the arrival of the next chassis. The delay also extends the window of opportunity for a third engine manufacturer to join Chevrolet and Honda in the series.

The new engine regulations will be in place for six years — through the 2027 season — in an effort to provide stability for manufacturers and teams.