The company increased its share in contracting markets and sold more SUVs and Porsche luxury cars. 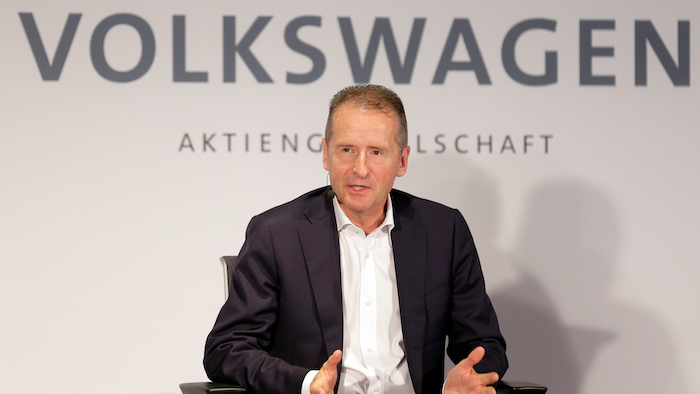 FRANKFURT, Germany (AP) — Volkswagen said Thursday that its after-tax profit rose 24% in the second quarter as the company managed to increase its share in contracting markets, and as more-profitable vehicles such as SUVs and pricey Porsche luxury cars took a bigger role in the sales mix.

Though the company reaffirmed its operating profit forecast for the year despite risks from trade protectionism and an expected slight contraction in the global auto market, it said profits would be toward the lower end of the predicted range.

The company said that over the first six months of the year "improvements in the mix and prices positioning" as well as lower one-time expenses were more than enough to compensate for higher fixed costs, unfavorable shifts in exchange rates and fewer vehicles sold. Unit sales slipped 1.8% to 2.75 million worldwide.

Sales at Volkswagen's Porsche brand, maker of sports cars and expensive SUVs, rose 9% to 12.2 billion euros in the first half of the year. In China Volkswagen has extended its range of SUVs, which tend to reap higher profit margins than sedans or hatchbacks, with the T-Cross and Teramont X.

The company stuck to its outlook for operating return on sales between 6.5-7.5% but said the result would be toward the lower end. For the first half of the year, the return on sales was 7.2%, up from 6.8% in the year-earlier period.