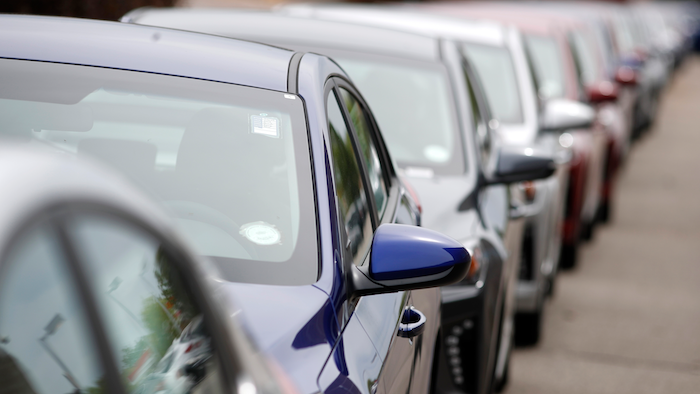 In this May 19, 2019, file photo, a long line of unsold 2019 sedans sits at a dealership in Littleton, Colo.
AP Photo/David Zalubowski, File

The annual survey by J.D. Power found that as the electronic safety systems find their way into more mainstream models, buyers are reporting more issues in their first three months of ownership. The problems are more than just a pain for new-vehicle owners. They affect systems that are "critical for building consumer trust in future automated vehicles," said Dave Sargent, J.D. Power's vice president of global automotive.

Overall, the number of problems reported by owners held steady from last year at a record-low 93 per 100 vehicles. The survey also found that Korean brands Genesis, Kia and Hyundai claimed the top three spots for the second year in a row, and the gap between them and the rest of the field is growing.

U.S.-based brands generally were close to or better than the industry average, while European brands performed below average due to problems with infotainment systems and other electronics.

The Korean brands have been plagued by a series of recalls and service campaigns to fix engine failures and potential fire problems, but that didn't show in the survey.

Traditional problems such as paint imperfections, brake and suspension noises, engines not starting and illumination of the "check engine" light are starting to creep back into the survey, J.D. Power found.

Genesis, Hyundai's luxury brand, had only 63 problems per 100 vehicles, while Kia had 70 and Hyundai had 71, according to the survey. Jaguar had 130 problems. Land Rover was most improved, shedding 37 problems from last year to hit a still-high 123.

Of the eight categories measured in the survey, infotainment was the most improved, but still caused the most problems. Owners reported fewer issues with Bluetooth connections and voice recognition.

The 33rd-annual survey questioned 76,256 owners of 2019 model year vehicles from February through May about the problems they had in the first 90 days of ownership.