The National Highway Traffic Safety Administration says it has received 50 complaints from owners of trucks that weren't included in a 2016 recall. 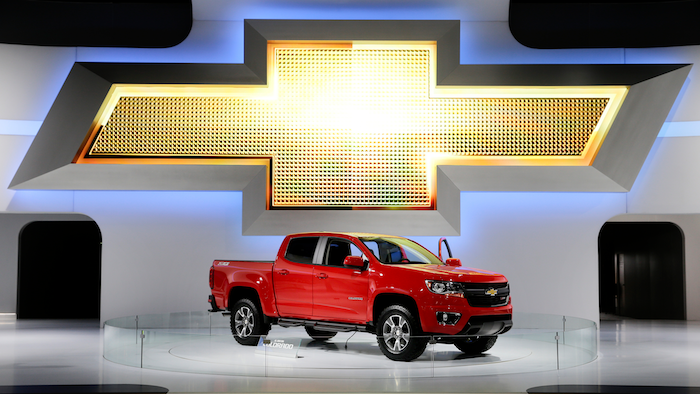 U.S. safety regulators are investigating whether General Motors went far enough when it recalled about 3,000 small pickup trucks in 2016.

The National Highway Traffic Safety Administration will determine if GM should recall about 115,000 Chevrolet Colorado and GMC Canyon pickups from the 2015 model year. The agency says it has received 50 complaints about failures from owners of trucks that weren't included in the 2016 recall.

The failures happened while the trucks were being driven in a variety of conditions.

No crashes or injuries were reported to the agency.

GM says it's cooperating and conducting its own investigation. Owners with concerns should contact their dealer.

The agency says in documents posted Monday on its website that the problem is caused by a poor electrical connection in wiring.

The recalled trucks were built from Jan. 6, 2015 to March 19, 2015, and investigators will look at whether more trucks should be included.

One owner from Yucaipa, California, reported to NHTSA that the power steering in his GMC Canyon has failed at least five times on freeways and in traffic, making it difficult to turn the wheels. "I have almost crashed when this happened, and I was caught by surprise and almost did not make a turn and hit the curb," the owner wrote.

A GMC dealer wanted "a huge amount of money" to fix the problem and told the owner his truck was not included in the recall, the owner wrote.

On March 19, the power steering failed twice within a half hour, the owner wrote. "The issue is getting worse. Please let GMC know they missed a few trucks with their recall dates," the owner wrote.

People who complain are not identified in the NHTSA complaint database.