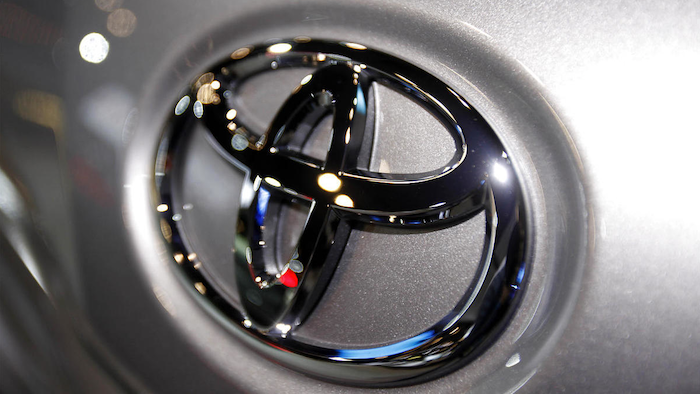 Toyota in 2013 settled the first in a group of wrongful death and injury lawsuits involving sudden, unintended acceleration by its vehicles.
AP Photo/Seth Wenig, File

The U.S. government is withdrawing a proposal to require all passenger vehicles to have safety systems to prevent unintended acceleration.

The government said Monday the rule isn't needed because the auto industry has installed systems voluntarily.

The industry opposed the rule. It was proposed by the National Highway Traffic Safety Administration in 2012 after a series of unintended acceleration problems with Toyota vehicles.

The agency says all 2018 passenger vehicles have systems that override the throttle if a driver presses the gas and brakes at the same time, and it doesn't expect any automakers to remove the brake-throttle override system in the future.

But Jason Levine, executive director of the nonprofit Center for Auto Safety, said it will take years to find out whether automakers installed the systems due to the threat of a regulation or could remove them without the regulation pending. "What we know today is that with no requirement, there is no performance standard for the throttle control system and nothing preventing it from being sold as a luxury feature," he said. "We can only hope a few years from now we won't see reports of crashes that could have been prevented by a required system that met minimum safety standards."

The move comes as the administration of President Donald Trump pushes to reduce or eliminate regulations, which Trump considers an unnecessary burden on industry. "NHTSA does not find that there is presently a safety need for a BTO (brake-throttle override) requirement," the agency said in the withdrawal notice, which was posted Monday on a government website.

The rule also would have required vehicles to return to idle if a driver stops pressing the gas pedal. But NHTSA wrote that it needs a broader understanding of safe design of vehicle electronic control systems to make a decision on that.

The proposed rule was an outgrowth of investigations in 2010 into claims that electronic defects were causing unintended acceleration in some Toyota models. An investigation by NHTSA and a separate study by NASA ruled out electronic defects in high-speed crashes and determined that in some cases drivers had inadvertently pressed the brake and gas pedal at the same time or that gas pedals had become trapped by floor mats.

One accident that gained attention was the August 2009 high-speed crash of a Lexus near San Diego that resulted in the deaths of four people. Investigators determined that the driver, a veteran California highway patrolman, had applied the brake of the loaned car but was unable to override the accelerator, which was trapped by a floor mat.

In February 2011, Toyota Motor Corp. recalled 2.17 million vehicles in the United States to address accelerator pedals that could become entrapped in floor mats or jammed in driver's-side carpeting, prompting NHTSA to close its investigation. The agency also fined Toyota $50 million for not recalling millions of vehicles in a timely fashion.

The rule was aimed at minimizing the risk that drivers would lose control of their vehicles as a result of either accelerator-control system disconnections or accelerator-pedal sticking or floor-mat entrapment, the safety administration said at the time.