Tesla Dips into Cash to Pay Off Bonds 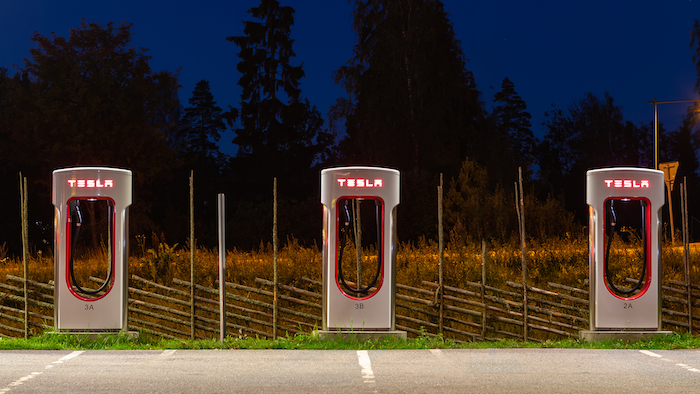 Tesla Inc. will pay off $920 million worth of bonds when they come due on Friday, using up about one quarter of the cash available for capital spending and future debt payments.

The electric car and solar panel company and debt holders had the option of converting the bonds to stock if the price hit an average of $359.87 over several trading periods ahead of Friday's maturity date.

But that didn't happen. Shares haven't closed that high since Dec. 14, and they have traded around $300 during the time the debt could be converted.

Tesla says in its annual report that intends to pay the debt in cash. The company had $3.7 billion at the end of last year.

The payment won't reduce the cash to a troublesome level, at least not yet, but Tesla has billions more in debt due in the coming years, said Morningstar analyst David Whiston. "They'll clearly have to generate more cash," he said.

Whiston said the company may need more cash generated from another new model to retire debt that comes due during the next four years. Tesla has planned to start building its Model Y small SUV in high volumes by the end of next year.

A Tesla spokesman declined comment on the payment, deferring to the company's earnings release that said the company has "sufficient cash on hand to comfortably settle in cash our convertible bond that will mature in March 2019."

Tesla has been adding cash since production and sales of its Model 3 midsize sedan grew during the second half of last year. The company's fourth-quarter investment letter says the cash balance increased by $718 million from October through December.

Whiston said the company may have to raise more capital by selling shares, or it could refinance the debt.