The United Auto Workers claims its current contract forbids the automaker from idling three plants in Ohio, Michigan and Maryland. 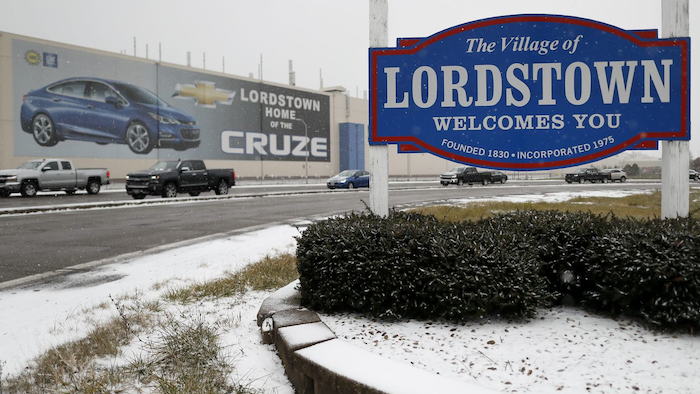 The United Auto Workers has sued General Motors from closing three plants in Ohio, Michigan and Maryland, claiming the union's current contract forbids the company from idling them, according to the suit filed Tuesday.

GM announced plans in November to end production at U.S. plants in Lordstown, Ohio; White Marsh, Maryland; Warren, Michigan; and Hamtramck, Michigan. GM announced this week that production at the Hamtramck plant, which borders Detroit, would continue until January, after the UAW contract expires. The plant was not included in the lawsuit.

The UAW's lawsuit includes a September 2015 letter from GM Vice President Catherine Clegg that says her correspondence "confirms" the company won't close, idle, sell off or consolidate plants during the union contract, which expires in September.

GM said in a statement Tuesday that the company's announcement last year about the closings doesn't violate the UAW contract.

"We continue to work with the UAW on solutions to our business challenges," the statement said.

Workers at Lordstown and the other plants are hoping the union will be able to negotiate to keep their factories open after the contract talks formally open this summer. Lordstown, which is expected to be idled in early June, has drawn support from President Donald Trump, who has campaigned on saving industrial jobs in Ohio, a key state in his 2020 re-election bid.

Lordstown has around 1,400 hourly workers who help assemble the Cruze subcompact sedan. The Maryland plant manufactures electric motors and drive trains and employs 250 workers. The Warren plant has 265 workers who make transmissions.