The Tesla CEO wrote that the company would produce around 500,000 vehicles this year — a tweet that wasn't blessed by the person in charge of baby-sitting his account. 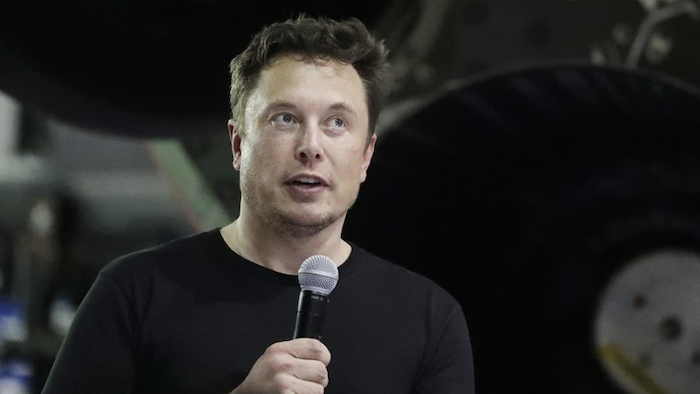 In this Sept. 17, 2018, file photo, Elon Musk speaks after announcing Japanese billionaire Yusaku Maezawa as the first private passenger on a SpaceX trip around the moon in Hawthorne, Calif.
AP Photo/Chris Carlson, File

For about four months, Elon Musk behaved, adhering to the terms of a court settlement that required his prolific posts on Twitter to be approved by a lawyer if there were a chance they could mislead investors.

Then came 13 words on Feb. 19 saying that Tesla would produce around 500,000 vehicles this year — a tweet that wasn't blessed by the person in charge of baby-sitting Musk's Twitter account.

U.S. stock market regulators noticed the inaccurate post, and discovered that Tesla's "disclosure counsel" summoned Musk to the company's California factory to help write a correction four hours later. The company would make vehicles at a rate of 500,000 per year, but it wouldn't produce a half-million in 2019.

On Monday, the Securities and Exchange Commission filed a motion asking that Musk be held in contempt of court for tweeting without approval. Now, the Tesla CEO and his lawyers have some explaining to do. A federal judge in New York has ordered Musk to file a legal brief by March 11 explaining why he isn't in contempt for violating the court-approved settlement in the tweet to his 25 million followers.

Experts who follow the SEC say there's little doubt that Musk violated the terms, approved Oct. 16 by District Judge Alison Nathan in New York. She'll decide if Musk disobeyed the judgment and if he should be punished further. Musk and Tesla each paid $20-million fines for previous tweets about taking the company private when Musk didn't have the funding locked up to do it.

Legal experts who follow the SEC say it's unlikely that Musk will be punished severely, even though he antagonized the agency in tweets Monday night and Tuesday that have since been deleted. "Something is broken with SEC oversight," one of the deleted tweets said.

Still, the SEC, according to experts, merely wants to get on the court record that Musk violated the terms and prepare for future violations.

"They're looking at this as strike two," said Peter Henning, a law professor at Wayne State University in Detroit and a former SEC lawyer. "If he were to do it again, then they would go after him much more strongly," possibly by seeking to bar him from being CEO and a company officer, Henning said.

Although it's up to the judge, jail time for civil contempt isn't likely, but Musk could be fined again, the experts said. But the SEC likely doesn't expect anything other than a "humiliating hearing and a scolding," said James Cox, a professor of corporate and securities law at Duke University. "My guess is the judge is not going to throw the book at him, but she's certainly going to throw a lot of heavy words at him."

The errant Feb. 19 tweet isn't egregious enough to bring severe punishment, and it's clear the SEC isn't seeking a huge penalty because it didn't seek to void the agreement and prosecute Musk, said Jay Dubow, a partner with Pepper Hamilton LLP and co-chair of the law firm's financial services enforcement group.

"At this point they're only asking for a finding of contempt," he said.

Before the SEC filed its motion, Musk's New York attorneys sent a letter to the SEC denying that Musk violated the agreement. Musk believed his tweet said the same thing as subject matter approved by the lawyer for Tesla's Jan. 30 earnings release, the lawyers wrote. Plus, the Feb. 19 tweet was posted at 7:15 p.m. Eastern time and corrected later, all when markets were closed, they wrote.

But the SEC motion said Tesla's lawyers confirmed that the tweet had not been pre-approved. Moreover, Tesla's policies require Musk to re-confirm any approval for communications that take place more than two days after the initial blessing. Musk's Feb. 19 tweet came 20 days after the lawyer approved the company's earnings release. "Musk's admission that he failed to seek or obtain pre-approval is clear and convincing evidence of the violation," the SEC lawyers wrote.

While the tweet was posted and corrected after U.S. markets closed, regulators won't care much because stocks are traded nearly around the clock these days, Cox said. Tesla's stock rose by just $1.10, or less than 1 percent, the next day.

The contempt proceedings are a possible explanation of why Tesla's top lawyer left the company the day after the Feb. 19 tweet and after only two months on the job, Cox said. General Counsel Dane Butswinkas returned to a Washington, D.C., law firm, another in a long string of executive departures from the company. Tesla and Butswinkas declined comment on Tuesday.

Experts say Musk is within his First Amendment rights to criticize the SEC, as long as his tweets don't influence the stock price.

It's clear, though, that the SEC notices Musk's comments. It included in the contempt filing that Musk showed disdain for the agency in a Dec. 9 interview with CBS' "60 Minutes."

The SEC pointed out that during interview, Musk declared: "I want to be clear. I do not respect the SEC," although he did say he would obey the settlement out of respect for the justice system.

Musk's behavior is an indicator that he'll likely run afoul of the SEC again, regardless of any finding by Judge Nathan, said Erik Gordon, a law and business professor at the University of Michigan. "Musk just will not constrain himself," Gordon said.