The plant, one of five that GM plans to shutter as part of a restructuring plan, was scheduled to stop making cars as of June 1 — but is still likely to close in early 2020. 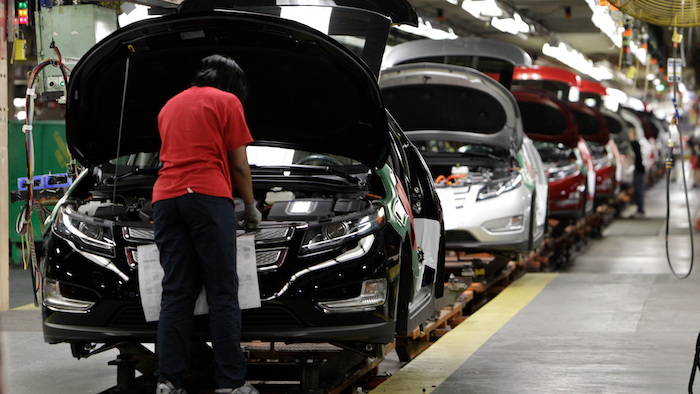 General Motors is extending the life of its only Detroit factory until early next year.

The plant on the border of Detroit and the hamlet of Hamtramck was to stop making vehicles as of June 1. But the company now says production of the Chevrolet Impala and Cadillac CT6 will continue into January of 2020.

The factory is one of five that GM plans to shutter as part of a restructuring to cut costs and reduce underused plants.

In all, GM is shedding about 6,000 factory jobs and another 8,000 salaried positions.

The company says the plant will stay open as it produces a high-performance version of the CT6 and vehicles with its "Super Cruise" advanced driver assist system.

But the plant is likely to close early next year.

GM announced the restructuring plans in November. In addition to the Detroit plant, the company plans to stop making cars and transmissions at factories in Lordstown, Ohio; Oshawa, Ontario; Warren, Michigan; and near Baltimore. The company says it has 2,700 jobs available for factory workers at other U.S. plants.

Technically, the company can't close the plants without negotiating with the United Auto Workers union, and many workers are hoping their factories can be saved in contract talks that start this summer. But GM says it has too much capacity to build cars as the U.S. market has shifted dramatically to SUVs and trucks.

Union leaders welcomed the extension for the Detroit plant and promised to fight the other closures.

"Let me reiterate that the UAW will leave no stone unturned in seeking to keep your plants open, and we hope today's news brings a measure of hope as we continue that important work," President Gary Jones said in a statement Friday.

GM spokesman Dan Flores said about 700 hourly workers remain at the Detroit plant, down from 1,348 in November. Most of those laid off have been placed at other factories, the majority at a pickup truck plant in Flint, Michigan.