The alliance between the German luxury rivals underscores the auto industry's shift toward business models that don't necessarily involve owning a car. 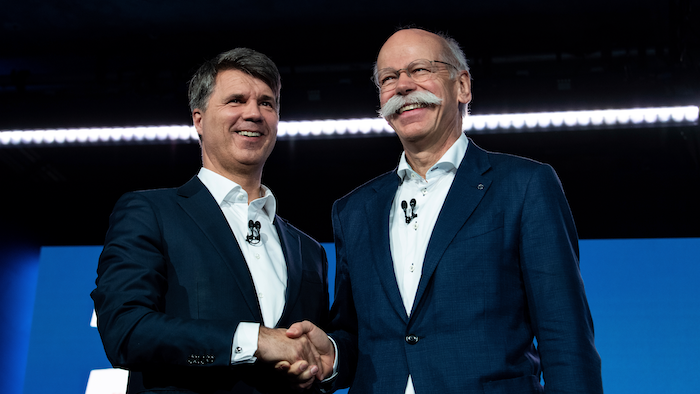 Automakers Daimler and BMW say that trustworthy handling of personal data will be a key competitive advantage in their new joint venture that offers app-based services like free-floating car-sharing in big cities.

The two competitors for luxury car customers said Friday they are investing more than a billion euros (over $1.1 billion) in their combined digital and mobile services. Joining their efforts means they can more quickly achieve rapid growth and win dominant positions in car-sharing, ride-hailing and ticketless parking, they said.

The alliance underscores the auto industry's shift toward new technologies and business models based on software and mobile communications that don't necessarily involve owning a car. Carmakers are investing billions in order to meet competition from tech firms such as Uber, Lyft and Waymo.

Between them, the two German companies have more than 20,000 vehicles offered through car-sharing programs in 30 cities worldwide. Customers use a smartphone app to find and use cars parked around densely populated urban centers instead of at fixed rental locations. Customers pay by the minute rather than rent for days at a time.

Daimler AG's chief executive, Dieter Zetsche, said that combining forces meant that services like short-term car rental through a smartphone app had a chance "to go for growth, to go for No. 1 positions where possible."

He said the companies could offer users assurances that their data would be kept secure, amid recent questions about how tech companies are handling individuals' data.

Zetsche said he did not want to criticize tech companies but said that if people could trust the two car companies to make safe cars then that established a foundation to trust "the safety of their data in our hands."

Of course, the auto industry itself has not escaped trust issues, as Zetsche acknowledged with a brief reference to the debate over diesel technology in Germany.

After Volkswagen was caught using software to cheat on U.S. diesel emissions test, diesel came under renewed scrutiny that found other carmakers' products emitted more pollutants during every day driving than during tests — a discovery that let to tighter emissions, renewed calls for diesel bans in some cities and a drop in diesel sales.

The alliance has its headquarters in Berlin and is organized in five different operations: charging services under the Charge Now brand; ride-hailing under Free Now; ticketless parking under Park Now; car-sharing as Share Now; and journeys across multiple modes of transport called Reach Now.

The businesses have their own CEO and the two automakers will function as shareholders overseeing broad strategy while not interfering in the business's operations.