The luxury sportscar maker's plans including a mid-engine hybrid supercar as it aims to grow full-year revenues by 3 percent. 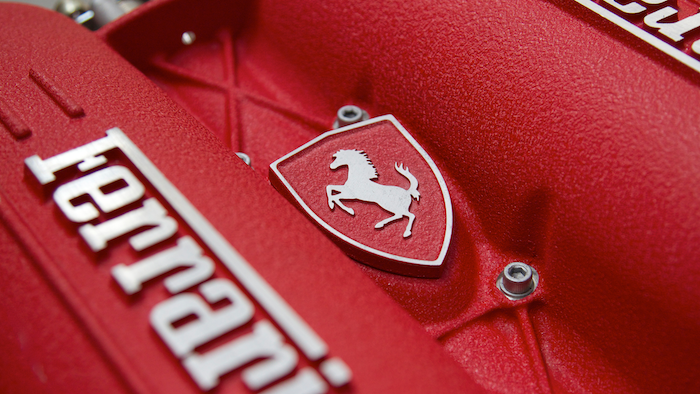 Luxury sportscar maker Ferrari announced Thursday that it will reveal five new models this year as part as of its new business plan, including a mid-engine hybrid supercar, as it aims to grow full-year revenues by 3 percent.

CEO Louis Camilleri also told analysts that Ferrari would discontinue licensing agreements this year for products that "we do not deem to be in keeping with our brand equity."

Ferrari, based in the northern Italian city of Maranello, reported 2018 profits rose 46 percent to 787 million euros ($904 million), driven by a surge in V12 sales and vehicle personalization. Shipments rose 10 percent to 9,251 vehicles, while net revenues were flat at 3.4 billion euros.

Sales of 12-cylinder models rose by 20 percent, led by the 812 Superfast, while sales of 8-cylinder models were up 8 percent. Shipments improved across the globe, with double-digit increases posted in Europe and greater China.

On the basis of the results, Ferrari set a forecast for 3-percent revenue growth to over 3.5 billion euros.

"This confidence is despite a backdrop of uncertainty and potential macro threats, including trade tensions, the China slowdown, Brexit, currency volatility and what the IMF recently euphemistically described as palpitations in financial markets," Camilleri said, adding that the carmaker's resilience was underpinned by a strong order book.

The five new models to be unveiled this year, including the hybrid supercar, would allow Ferrari to "penetrate new segments" and leverage pricing, he said. They are among 15 new models pledged by 2022.

Camilleri also said Ferrari would announce its licensing strategy in the third quarter.

"Walk into a Ferrari store today and it is obvious that some of the products do not fit our brand image and our luxury positioning," Camilleri said. The new strategy, he said, will focus on premium products for customers, higher quality goods for Formula 1 fans and entertainment. He did not elaborate, but Ferrari already operates theme parks in Barcelona and Dubai.

Ferrari shares closed up 11 percent in Milan trading at 180.60 euros.