The electric vehicle maker plans to cut about 7 percent of its workforce in an effort to lower prices. 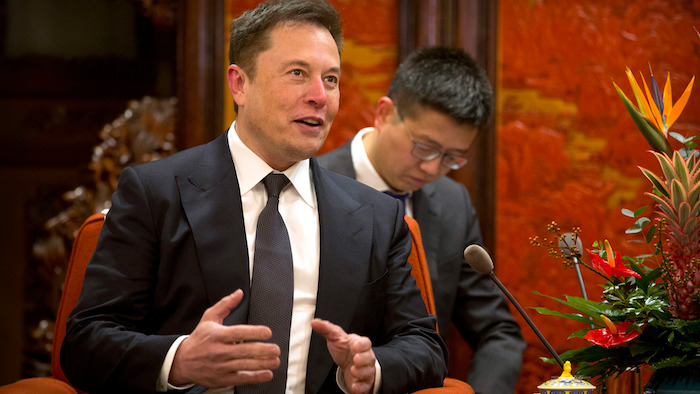 Tesla will cut 7 percent of its workforce as it tries to lower prices and break out of the niche-car market to produce an electric vehicle that more people can afford.

Tesla's cheapest model right now is the $44,000 Model 3, and it needs to broaden its customer base to survive.

"Looking ahead at our mission of accelerating the advent of sustainable transport and energy, which is important for all life on Earth, we face an extremely difficult challenge: making our cars, batteries and solar products cost-competitive with fossil fuels," CEO Elon Musk said in a letter to staff. "While we have made great progress, our products are still too expensive for most people."

Tesla had boosted its payroll significantly to meet production goals, but then cut its staff by 9 percent in June. The company delivered more than 245,000 electric cars and SUVs last year, nearly as many as all previous years combined. But it still fell far short of a goal set nearly three years ago of manufacturing 500,000 vehicles for the year.

Musk said in October that Tesla Inc., based in Palo Alto, California, had 45,000 employees. The 7 percent cut would mean that about 3,150 people will lose their jobs.

Tesla posted a $311 million quarterly profit in October, but it was only its third profitable quarter in eight years as a public company.

Musk called its most meaningful profit since the creation of the Tesla, but acknowledged that it was achieved only because it was able to sell higher priced vehicles in North America. And while preliminary numbers indicate another profitable quarter ahead, Musk said it appears to be a smaller profit.

It has been Tesla's long-held goal to get a less-expensive, mid-range Tesla Model 3 on the road.

"Starting around May, we will need to deliver at least the mid-range Model 3 variant in all markets, as we need to reach more customers who can afford our vehicles," Musk said in the letter.

The key for Tesla is producing an entry-level car in the mid-$30,000 range.

Even as Tesla struggles to produce a more mainstream vehicle, many industry analysts still see the company as the one to beat, even with major automakers now fully engaged in the pursuit of an electric car.

"While EV competition is accelerating, we believe Tesla continues to lead the industry as it moves Model 3 price point towards $35k while most competitors remain engaged in an EV negative margin sum game at higher price points," wrote Jefferies analyst Philippe Houchois.

Yet producing a more affordable car has only grown more difficult.

The U.S. had put into place a $7,500 tax incentive for people to buy electric cars, but President Donald Trump and other Republicans consider the credit a waste of taxpayer money and want it eliminated.

That incentive was reduced to $3,750 this month and it will be cut to nothing by the end of the year.

Sen. John Barrasso, R-Wyo., the chairman of the Senate Environment and Public Works Committee who introduced legislation in October to abolish the tax credit, said it would save about $20 billion over the next 10 years.

He has argued the market for electric vehicles is already established and "no longer needs the crutch of government assistance."

Gas prices, however, have been inching closer to $2 per gallon as oil prices fall, which makes the hurdle for electric car makers that much higher.

To counter the loss of that tax incentive, Tesla this month cut the price on each of its three models by $2,000.

"Tesla has only been producing cars for about a decade and we're up against massive, entrenched competitors," Musk said Friday.

Tesla broke ground earlier this month for a factory in Shanghai, its first outside the United States. The company plans to begin production there of the Model 3 and a planned crossover by the year's end.

Tesla and other global automakers including General Motors Co., Volkswagen AG and Nissan Motor Corp. are pouring billions of dollars into manufacturing electric vehicles in China.

Shares of Tesla slid 7 percent at the opening bell.