The indictment alleges they took part in nearly a decade-long conspiracy to deceive the U.S. EPA by cheating on emissions tests for 3-liter diesel engines. 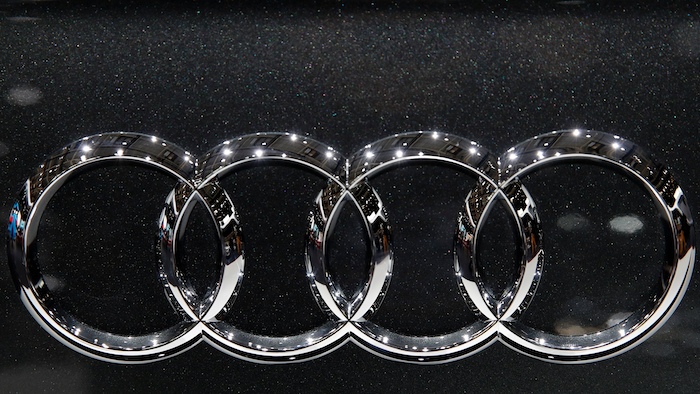 The indictment, released Thursday, alleges the men took part in nearly a decade-long conspiracy to deceive the Environmental Protection Agency by cheating on emissions tests for 3-liter diesel engines.

None of the four is in custody, and they are believed to be in Germany, a Justice Department spokesman said.

Audi is a luxury brand owned by German automaker Volkswagen. A VW spokesman said he could not comment about whether the men still work for the company.

Volkswagen pleaded guilty in 2016 to criminal charges in the scandal and will pay more than $30 billion in penalties and lawsuit settlement costs.

The men bring to 13 the number of VW employees charged in the scandal, in which VW used software on about 600,000 vehicles to turn pollution controls on during EPA tests and turn them off while on the road. Two have pleaded guilty and are serving jail time, while six others, including former VW CEO Martin Winterkorn, remain in Germany.

It's unlikely any of the German citizens will face a U.S. judge in the case. Germany's constitution forbids extradition of its citizens other than to another European Union member state or to an international court.

According to the indictment released Thursday, Bauder was head of Audi's diesel engine development department in Neckarsulm, Germany, from 2002 until around February of 2012. Eiser had the same position in Ingolstadt, Germany, from 2009 until around May of 2013. Knirsch had the same position in Ingolstadt from May 2013 to May of 2015, and also was a member of Audi's management board. Nagel was head of Audi's Engine Registration and Testing in Neckarsulm from 2002 through February 2017.

The indictment says the employees realized there wasn't enough room in the vehicles to meet VW design standards for a large trunk and high-end sound system while holding a big tank for fluid to treat diesel emissions. So they and co-conspirators designed software to cheat on the emissions tests so they could get by with a smaller tank for the fluid.

Tests conducted by Nagel and others found that nitrogen oxide emissions from vehicles with the diesel engines were up to 22 times above the U.S. limit, the indictment stated. The results were shared with Knirsch and Nagel, according to the indictment.

The indictment alleges the suspects covered up the software, called a "defeat device," when dealing with U.S. officials.