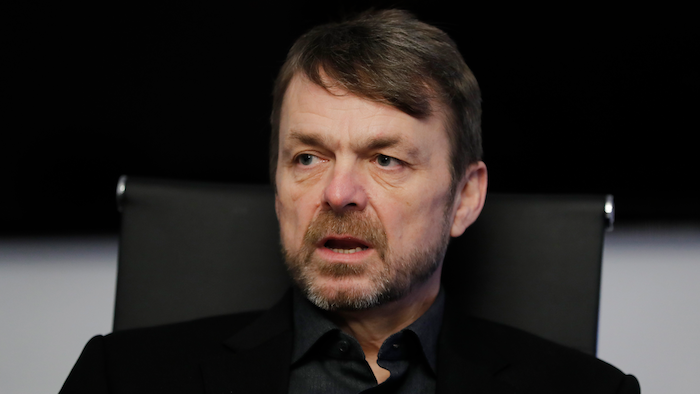 Major job cuts or an alliance with other automakers are not in the plans for Italian-American automaker Fiat Chrysler, the company's new CEO says.

Mike Manley, who took over for the late Sergio Marchionne last year, said the company downsized its workforce significantly during the global financial crisis a decade ago, and smaller cuts have been made since. So unlike crosstown rivals Ford and General Motors, he doesn't expect any "big bang event."

Three years ago Marchionne was shopping for a partner and said the industry needed to consolidate to better share huge capital investment costs.

But Manley said FCA is now in a different position and can go it alone. "We know we have the resources. We have the balance sheet strength," he told reporters Monday at the North American International Auto Show in Detroit.

Although he's not looking for large-scale partners, Manley said he would be foolhardy to rule out any offers.

Manley also said FCA realigned its North American manufacturing operation to phase out compact and midsize cars and convert the factories to SUVS and pickups, boosting its profit margins.

— Confirmed plans to add factory capacity to build two large 3-row Jeep SUVs that are in the works, the Wagoneer and Grand Wagoneer. He wouldn't say where but there have been reports it will reopen a factory in Detroit. He said the additional jobs created will be significant.

— Said a pledge to get Italy's factories up to full employment by 2021 with a 5 billion euro ($5.7 billion) investment in new cars and engine technology is being reviewed due to plans by Italy's populist government to raise taxes on gas- and diesel-powered cars because the "environment has changed."

— Told reporters that the company expects tariffs imposed by the Trump administration on imported steel and aluminum last year will cost the company $300 million to $350 million in 2019. The tariffs are 25 percent on steel and 10 percent on aluminum.

— Said the company made no admission of guilt and did not intentionally violate U.S. clean air laws, even though it settled civil lawsuits with the U.S. Justice Department, Environmental Protection Agency and owners. The company agreed last week to pay about $800 million to settle claims that it programmed 104,000 diesel-powered Ram and Jeep vehicles to cheat on emissions tests. "There was absolutely no willful intent to circumvent the system," Manley said. Federal officials allege the vehicles, made between 2014 and 2016, were equipped with diesel engines programmed to run pollution controls during lab tests that would turn off under certain conditions on the road.